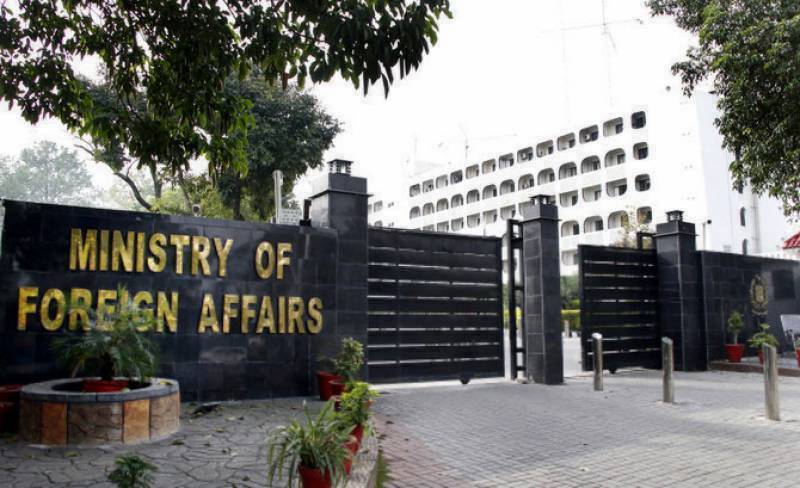 Islamabad (Web Desk): Pakistan has strongly condemned the senseless vandalization and burning of over 40 houses of Muslim community in Karauli area of Indian state of Rajasthan by radical Hindu zealots.

In a statement, the Foreign Office (FO) said that Hindu extremists belonging to BJP-RSS dispensation with connivance of the local security authorities were involved in the incident.

The statement said equally alarming is the apathy of state machinery which wantonly looked the other way and failed in its basic duty of protecting the lives and properties of its citizens.

Regretfully, the minorities in India, especially Muslims continue to live under fear and intimidation. The BJP-RSS combine has enabled perpetration of senseless violence against minorities as part of its 'Hindutva' agenda marked by hate and majoritarianism.

"Recent history is replete with traumatic instances that reflect the current regime's deep-seated animosity against the Muslims in India. Deafening silence of the BJP leadership and absence of discernible action against 'Hindutva' proponents must ring alarm bells across the international community. Rather than relenting in their hostilities against the Muslims, the BJP-RSS activists have intensified the atrocities,". the statement said.

Recently, on April 3, Yati Narsinghan, the infamous Haridwar priest, once again brazenly called upon the Hindus to take up arms against the Muslims.

Pakistan called upon the international community to take immediate notice of the worrying level of Islamophobia in India and prevail upon Indian authorities to prevent systematic human rights violations against minorities particularly Muslims and take effective steps to ensure safety, security and well-being of all minorities in India.