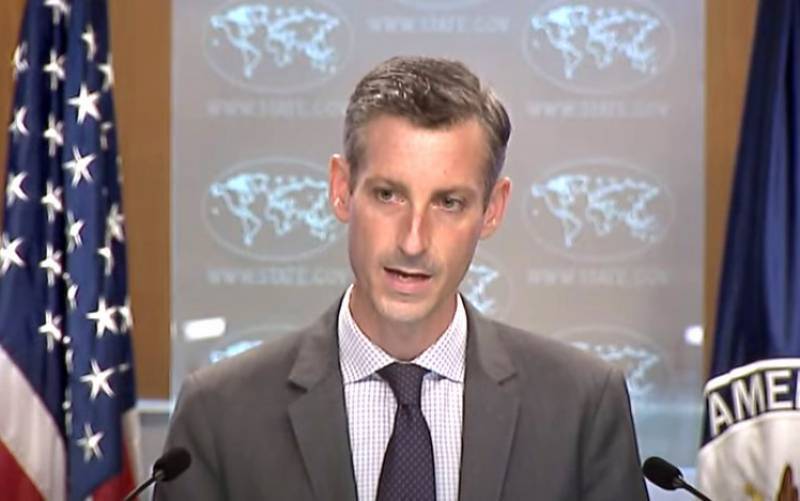 New York (Web Desk): The United States (US) has once again refuted the allegations of regime change in Pakistan through a no-confidence motion against Prime Minister Imran Khan by providing funding to the Opposition.

During a media briefing, US State Department spokesperson Ned Price reiterated that there is no truth in the allegations levelled by Imran Khan.

“There is no truth to the allegation as you heard from me last week, we support the peaceful upholding of constitutional democratic principle,” he said.

The State Department spokesperson further maintained that the US never supports one political party as it encourages broader principles.

“We do not support one political party over another, we support the broader principles, the principles of rule, of law, and equal justice under the law,” Ned Price said.

On March 30, the US State Department had categorically denied US involvement in the no-confidence motion against Prime Minister Imran Khan, saying no US government agency or official had sent a letter to Pakistan on the current political situation in the country.

Earlier, PM Imran showed a “threat letter”, purportedly containing evidence of a foreign conspiracy against the PTI-led government, to senior journalists and the cabinet members.

During a party’s power show titled “Amr Bil Maroof” at Parade Ground in Islamabad on March 27, PM Imran claimed that the he had written proof that “foreign-funded conspiracy” hatched to topple his government through a no-confidence motion tabled by the country’s joint opposition over his refusal to have Pakistan’s foreign policy be influenced from abroad.

After the Opposition raised fingers at the foreign threat letter, the prime minister summoned a meeting of the National Security Committee (NSC) and presented the letter. The top security body expressed concern on it and a demarche was issued to the US envoy in Pakistan by the foreign office.

Later on April 3, National Assembly Deputy Speaker Qasim Suri rejected the no-confidence motion on the basis of the threat letter, saying it was against the Article 5 of the Constitution.

However, this act turned into a deep constitutional crisis as the matter is in the Supreme Court now.