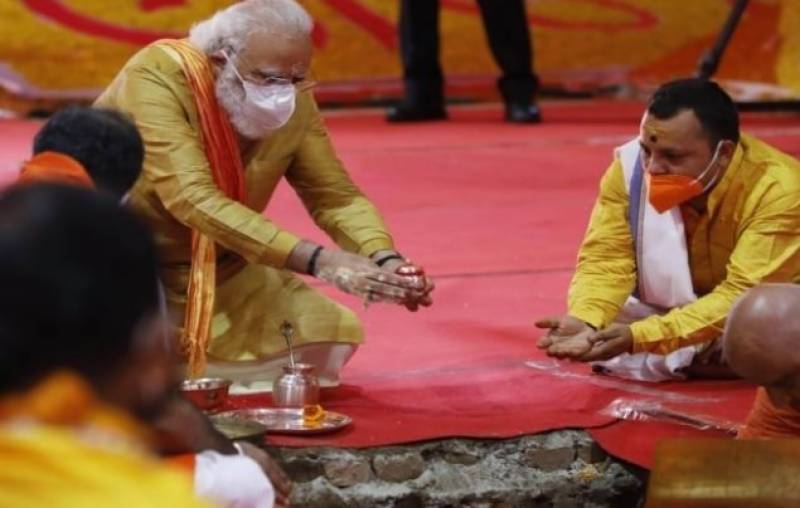 New Delhi (Web Desk): Indian Prime Minister Narendra Modi on Wednesday unveiled a plaque to kick off the construction of a Hindu temple in the northern city of Ayodhya on a spot where a mosque was demolished nearly 30 years ago, prompting deadly riots nationwide.

Modi offered prayers to nine stone blocks with Lord Ram inscribed on it amid chanting of Hindu religious hymns to symbolise the start of construction of the temple, which is expected to take three and a half years to complete.

"I am grateful to witness history being made. Crores [millions] of Indians cannot believe that this day has come. The entire country is in the spell of Lord Ram ... Ram is an emblem of India's unity in diversity," Modi said in a speech.

The Hindu nationalist leader wore a traditional outfit of a gold Kurta, a long shirt, and white Dhoti, a loose cloth wrapped around his waist, along with his face mask.