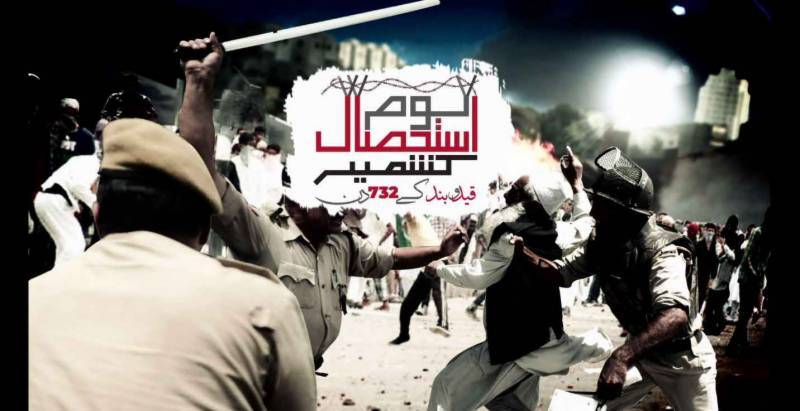 Islamabad (Web Desk): Youm-e-Istehsal is being observed across the country to express solidarity with the oppressed Kashmiri people on completion of two years of military siege of Indian Illegally occupied Jammu and Kashmir.

On 5th August 2019 Modi fascist regime in an illegal and unilateral step had scrapped the special constitutional status of Indian illegally occupied Jammu and Kashmir.

In order to denounce the Indian unilateral illegal actions against Kashmiri people as well as the atrocities being carried out by the Indian forces in occupied territory, various events including solidarity walks have been arranged in the main cities of the country.

President Arif Alvi lead a walk in federal capital in which participants will wear black bands and carry the flags of Pakistan and Azad Kashmir.

One minute silence was observed across the country at 0900 hours, traffic to came to stand still for one minute and sirens were also played.