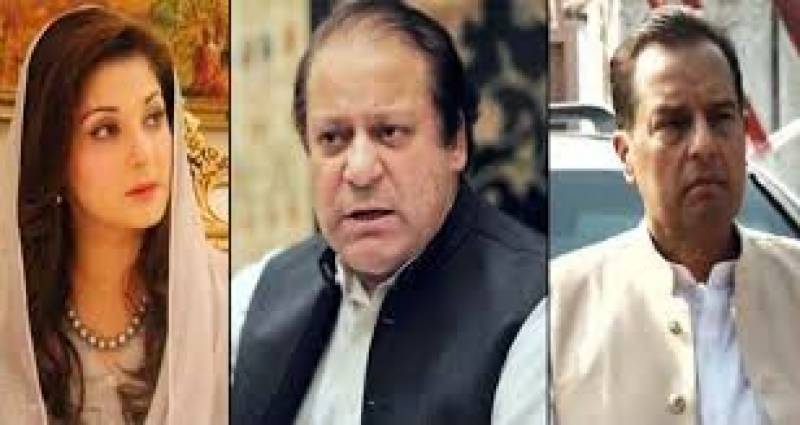 Only Nawaz's son-in-law, MNA Capt (retd) Safdar, is present in court to attend the hearing.

Nawaz and daughter Maryam depart for London today, after Accountability Court approved of their exemption from appearance on Monday (yesterday).

Earlier, Nawaz Sharif had asked the court for a change in the dates of his exemption from appearance. Now he is exempted from appearing in court from December 5 till 12.

However, Judge Mohammad Bashir dismissed Maryam Nawaz's request to change her appearance exemption dates, stating that the court's earlier ruling on the matter will prevail.

The court had allowed Maryam to be exempted from appearance from November 15 until December 15.

Moreover, due to shortage of time yesterday, the NAB witness could not complete recording his statement.