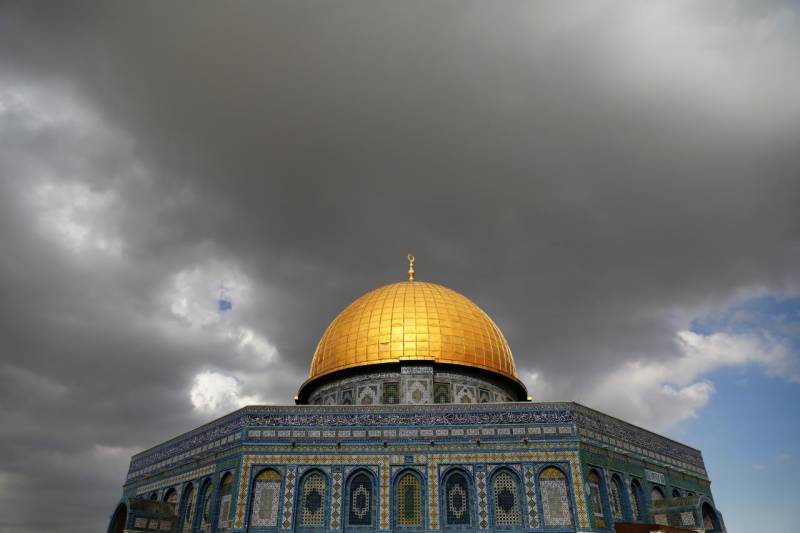 Jordan (Reuters): Jordan has begun consultations on convening an emergency meeting of the Arab League and the Organisation of Islamic Cooperation before an expected move this week by U.S. President Donald Trump to recognise Jerusalem as Israel’s capital, a senior Jordanian source said.

A senior U.S. administration official said on Friday that Trump was likely to make the controversial declaration in a speech on Wednesday.

Recognising Jerusalem would upend decades of American policy and possibly inflame tensions in the Middle East.

Jordan, the current president of the Arab summit, would invite members of the two bodies to convene if the recognition is extended, to “discuss ways of dealing with the consequences of such a decision that raised alarm and concern”, the senior Jordanian diplomatic source told Reuters.

“It could ultimately hamper all efforts to get the peace process moving and would certainly be provocative to Arab and Muslim countries and Muslim communities across the West,” said the source, asking not to be named.

“No issue can move Arabs and Muslims in the same potent way as Jerusalem does.”

King Abdullah’s Hashemite dynasty is the custodian of the Muslim holy sites in Jerusalem, making Amman sensitive to any changes of status of the disputed city.

Officials are worried the move could trigger violence in the Palestinian territories and a spillover into Jordan, a country where many people are descendants of Palestinian refugees whose families left after the creation of Israel in 1948.

“A tremendous wave of anger will spread across the Arab and Muslim world,” said another regional diplomatic source in touch with U.S. officials on the issue.

Word of Trump’s planned announcement, which would deviate from the line taken by previous U.S. presidents who insisted Jerusalem’s status must be decided in negotiations, drew criticism from the Palestinian Authority.

The Palestinians want East Jerusalem as the capital of their future state, and the international community does not recognise Israel’s claim on all of the city, home to sites holy to the Jewish, Muslim and Christian religions.

Jordan lost East Jerusalem and the West Bank to Israel during the 1967 Arab-Israeli war and says the city’s fate should only be decided only at the end of a final settlement.

King Abdullah warned of the repercussions of Trump’s expected move in talks this week in Washington with top administration officials.

Trump suggested earlier this year he was open to new ways to achieve Middle East peace that did not necessarily entail the creation of a Palestinian state, a hallmark of U.S. policy for decades.

“If it happens (recognition of Jerusalem) it will jeopardize all efforts towards stability and peace in the region and thwart a resolution of the conflict,” the regional diplomatic source said.