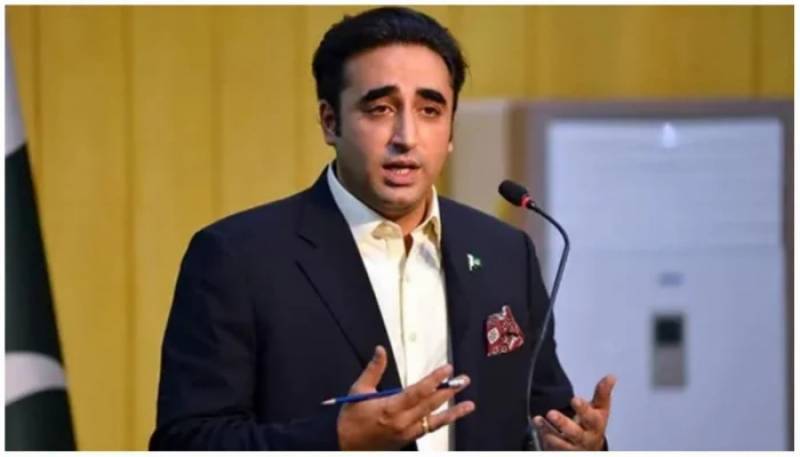 Islamabad (Agencies): Foreign Minister (FM) Bilawal Bhutto Zardari on Sunday said that he did not see the need to hold early elections in the country as was being demanded by Pakistan Tehreek-e-Insaf (PTI) Chairman and former prime minister Imran Khan.

In an interview with Al-Jazeera, the foreign minister said that the current government inherited from its predecessor “a divided country and a collapsed economy.”

He said the incumbent government was looking for solutions to internal problems and consensus at the international level.

FM Bilawal said in order to address the challenges inherited from the previous government, it was essential that the whole country get united as no single political party or individual could address the situation alone.

He said in order to address the challenged inherited form the previous government, it was essential that the whole country get united as no single political party or individual could address the situation alone.

Rubbishing the accusations of a foreign conspiracy behind the removal of Imran Khan, the foreign minister said the political leaders were supposed to speak the truth to their people instead of coming up with such conspiracy theories.

He that it was for the first time that a prime minister was removed constitutionally through a vote of confidence, not through a coup or court order.

He said it was important for the country to complete its five years term unless there was any urgency which currently was not there.

Responding to a question, FM Bilawal said that Kashmir was an unfinished agenda and since Narendra Modi’s election, the space for Muslims in India as well as Kashmir was shrinking.

He said that the people of Pakistan and Indian want to live in peace. In order to achieve that, it was essential to respect international laws and conventions to address the issue of terrorism and extremism.

Coming to Afghanistan, the foreign minister said Pakistan was engaging with the war-torn country in the interest of its own as well as the neighborhood.

However, he said that the Tehreek-e-Taliban Pakistan (TTP) had been involved in terror attacks in the past which were still going on. He said Pakistan would work with the Afghan government to address the challenge posed by the terrorist outfits.