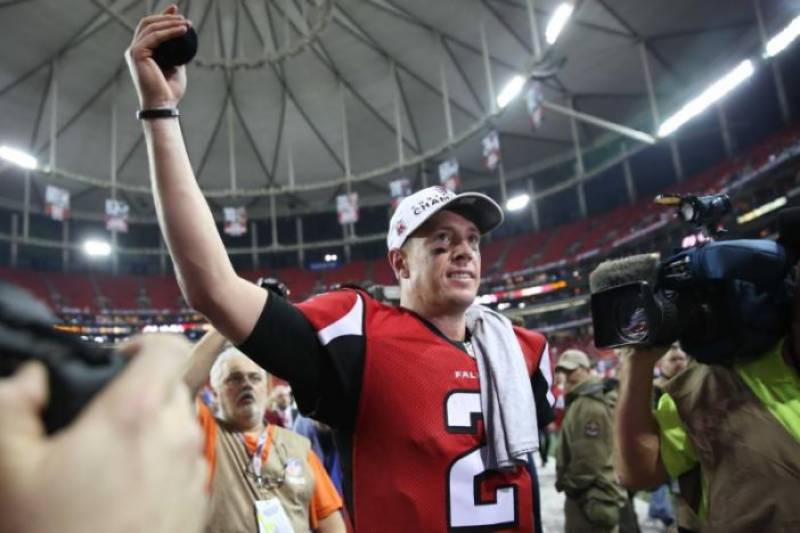 Houston (Reuters):  Quarterback Matt Ryan was named the National Football League's Most Valuable Player on Saturday after a landmark season in which he led the offense-minded Atlanta Falcons to an 11-5 record.

The 31-year-old Ryan garnered 25 votes to earn the NFL's most prestigious award at the ceremony in Houston, with New England Patriots quarterback Tom Brady finishing second (10 votes). Ryan, who was not at the awards show since he was preparing to face Brady and the Patriots in Super Bowl 51 on Sunday, was also named the NFL's Offensive Player of the Year.

Playing in his ninth season, Ryan led all quarterbacks with a 117.1 passer rating and placed second in passing yards (4,944) and touchdowns (38). "I just want to say thank you, this is an incredible honour for me," Ryan, popularly known as "Matty Ice", said in a video acceptance speech for the MVP award.