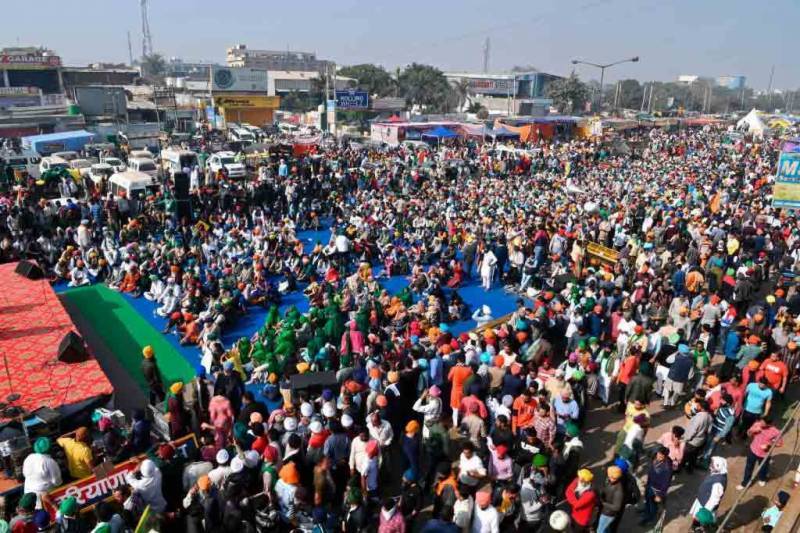 New Delhi (Web Desk): Thousands of farmers in Indian state of Uttar Pradesh on Friday rallied in opposition to new agricultural laws, signaling growing support for a months-long campaign to have the government reforms scrapped.

Angry at what they see as legislation that benefits private buyers at the expense of growers, tens of thousands of farmers have been camped on the outskirts of the capital, New Delhi, for more than two months, calling for the withdrawal of laws introduced in September.

Much of the initial support for the protests has come from rice and wheat growers from northern India, particularly opposition-ruled Punjab state.

But in a sign of a growing challenge to the government of Prime Minister Narendra Modi, more than 10,000 farmers from across the political and religious spectrum rallied on Friday in Uttar Pradesh state to show their support for the protests.

Ramkumar Choudhary, a local leader from Bagpat district, told the crowd of Hindu and Muslim farmers in Bhainswal village thousands more would head to Delhi unless the government rolled back the laws.

“Only 1 percent of people have come out of the villages so far. The day we send 50percent of our people, there will be no place to move in Delhi,” he said.