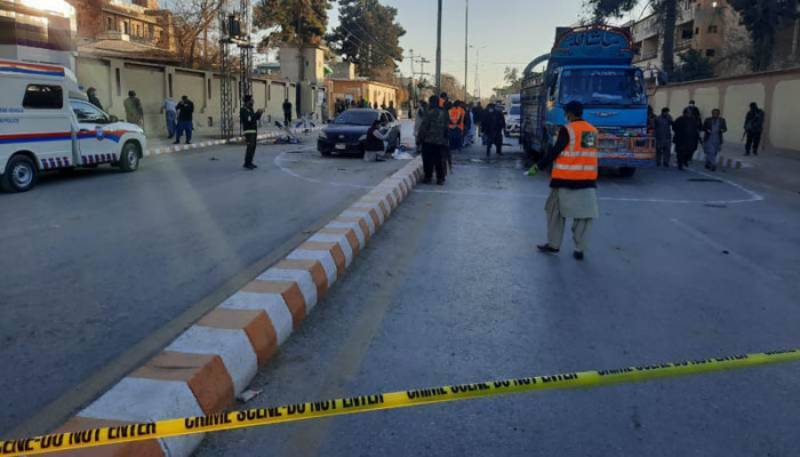 Quetta/Sibi (Staff Report/Agencies): At least two people were killed and four others were injured in an explosion near the DC office on Inscomb Road in Quetta on Friday.

According to Quetta Civil Hospital Medical Superintendent, the bodies of two victims were brought to the facility, while four injured persons were brought for treatment.

Quetta Deputy Commissioner retired Major Aurangzeb Badini said the Quetta blast was targeted at a Kashmir Solidarity Day rally that was passing from the area. The nature of the blast couldn’t be ascertained as yet, he added.

Meanwhile, at least 16 people were injured in a blast in Sibbi, Balochistan.

According to the initial reports, the blast occurred soon after a rally held in the city in solidarity with Occupied Kashmir.

The explosives were reportedly planted on a motorcycle.

Security forces have cordoned off the area after the explosion and launched search operation.

On Friday, Kashmir Solidarity Day being observed to express wholehearted support of the Pakistani nation to the just struggle of Kashmiri people for their inalienable right to self-determination under United Nations resolutions.