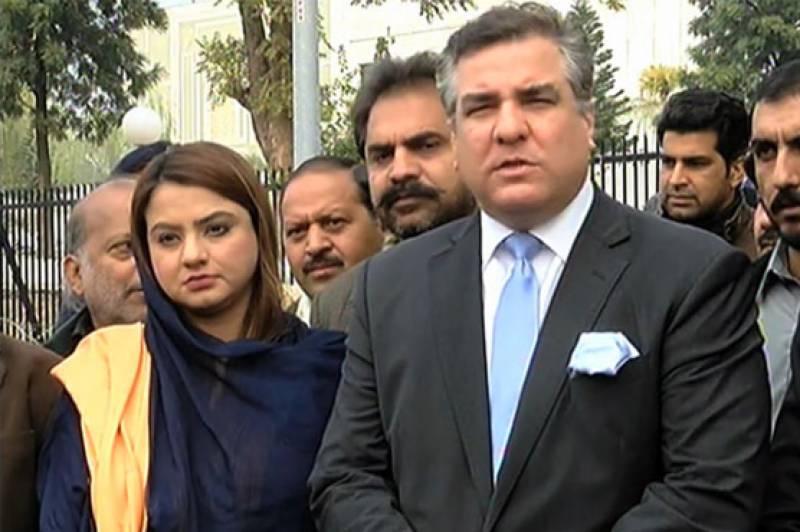 Islamabad (Staff Report): PML-N's leaders adopted a harsh tone against Pakistan Tehreek-i-Insaf (PTI) during their talk to media immediately after the hearing of the Panamagate case resumed today.

Daniyal Aziz criticized Imran Khan and said that he is U-turn master and master of lies.

He also claimed that PTI leader’s stance is not moving forward from headlines.

He further added, “Imran Khan has proved himself as ‘Ilzam Khan’ and ‘Kalabazi Khan’. He has openly said in court that his job is to make accusations.”

Maiza Hameed said that Imran Khan consider Maryam Nawaz Sharif as a ‘threat’ for him in elections 2018 therefore; he is leveling accusations against her.

Maryam Aurangzaib was of the opinion that PTI is doing politics over lies.

Talal Chaudhry warned PTI that cases made up on lies do not sustain for long.