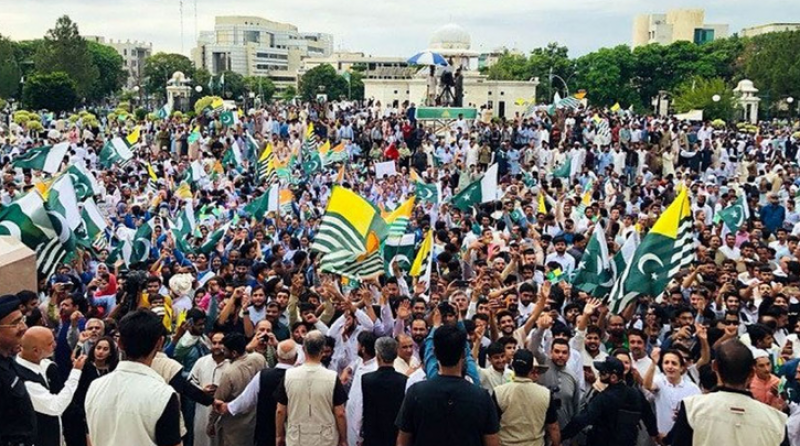 Islamabad (Web Desk): Kashmiris on both sides of the Line of Control (LoC) and the world over are observing the Right to Self-Determination Day today (Wednesday) to remind the United Nations (UN) of implementing its own resolutions on the dispute passed this day in 1949.

It was on the 5th of January 1949, when the United Nations Security Council (UNSC) passed a resolution supporting the Kashmiris' right to decide their future by themselves through UN-sponsored plebiscite.

Pakistan observes the Kashmir Solidarity Day on this day to express support for the Kashmiri brethren and remind the international community of its commitments made to the people of Indian Illegally Occupied Jammu and Kashmir (IIOJK).

The day is being marked by various activities including rallies, seminars and conferences across the world to remind the UN that it must implement its relevant resolutions to settle the Kashmir dispute to save the Kashmiris from the Indian brutalities.

Meanwhile, Prime Minister Imran Khan has urged the international community especially the UN to take action on India's war crimes and crimes against humanity in illegally occupied Jammu and Kashmir.

In his message on the occasion of Right to Self Determination Day, he said the Hindutva Modi government is brazenly violating UNSC resolutions, international humanitarian laws and international conventions including 4th Geneva Convention, and committing war crimes by seeking to alter status and demography of IIOJK.

PM Imran said that the UNSC commitment of a UN supervised plebiscite in Kashmir remains unfulfilled.

He said Kashmiris continue to reject and resist Indian occupation and oppression.