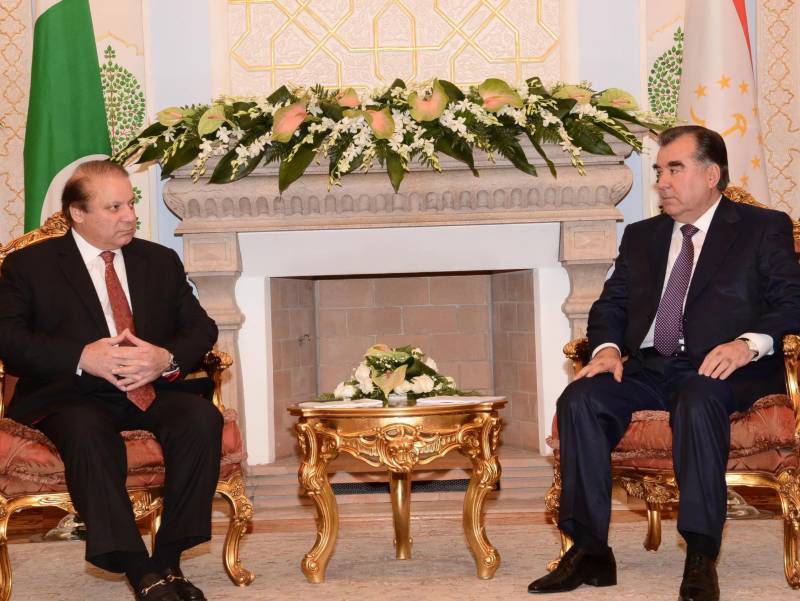 Dushanbe (Web Desk): Prime Minister Nawaz Sharif has said that Pakistan desired to maintain good relations with all its neighbours and wanted to resolve Kashmir issue with India.

In a one-on-one meeting with the Tajik president in Dushanbe on Wednesday, PM Nawaz said the two countries have decided to strengthen their cooperation at international and regional forums including UN and ECO.

The Prime Minister said during talks the two sides also expressed satisfaction over bilateral defence and security cooperation. He said the first meeting of Pakistan-Tajikistan Joint Working Group on countering terrorism would meet this month in Dushanbe.

Elaborating on the subject, he highlighted the escalated tension on the Line of Control (LoC) due to continuous violations of ceasefire agreement by Indian forces.

Tajik President Emomali Rahmon said relations between Pakistan and Tajikistan are based on the principles of sovereign equality and respect for each other.  He said the two countries are desirous of peace and stability, which is necessary for progress and development.

They exchanged views on matters of bilateral interest.

They also discussed measures to increase trade and investment.