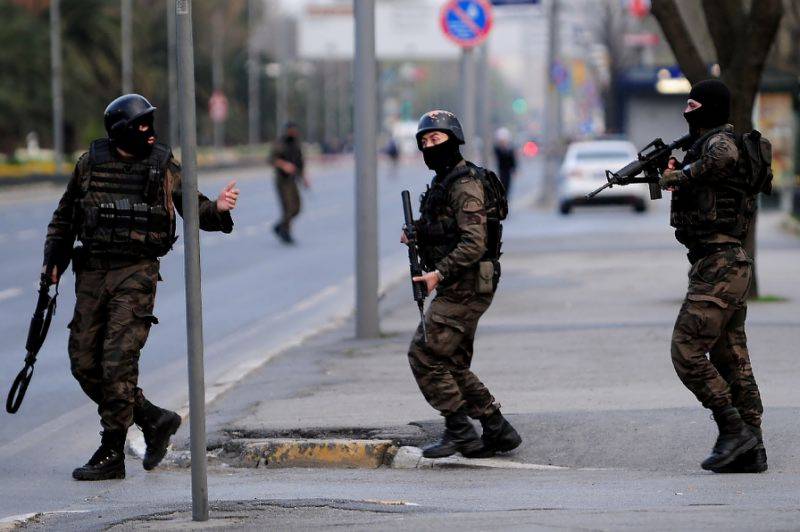 Ankara (Reuters): Turkish police detained six suspected Islamic State militants for planning to attack a three-week-old protest march led by the head of the main opposition party, a provincial governor was quoted as saying on Wednesday.

Tens of thousands of people have joined the opposition CHP leader Kemal Kilicdaroglu on his 425-km (265-mile) march from the capital Ankara to Istanbul, a protest launched after a deputy from the secularist CHP was jailed on spying charges.

Kilicdaroglu, 68, said there had been rumors his "justice march", which has grown into a wider anti-government protest, could be targeted by "provocations" as it approached Istanbul, where it is set to end with a mass rally on Sunday.

"Following a nice tip-off, our police detained a group of six Islamic State militants. They were planning to attack the convoy with a minibus," Kayseri Governor Suleyman Kamci told the website of Hurriyet newspaper.

Kamci did not specify what sort of assault was allegedly planned. Islamic State (IS) has carried out both bomb and gun attacks in Turkey in the past.

Kamci said the suspects rented a black minibus in Kayseri on Tuesday, and that four of them were subsequently detained in Kayseri and two in Kocaeli province, through which the protesters were marching on Wednesday.

A video purporting to show part of the police operation and published on Turkish news websites showed officers, some with assault rifles, storming a black minibus waiting in traffic on a main highway and then leading away at least one man.

Flags of the ruling AK Party were found in the minibus, Kamci said.

Turkish media said earlier that police had detained 37 IS suspects in anti-terrorism operations in provinces across the country, while officials said another suspect was arrested at the border with Syria while carrying more than 5 kg (11 lb) of explosives.

CHP spokesman Bulent Tezcan said he had been told the police operation was routine and not related to the march itself.

"We want to complete the march and hold our rally against all provocation attempts in a safe manner," he told reporters.

President Tayyip Erdogan has accused the protesters of "acting together with terrorist groups", referring to Kurdish militants and followers of the U.S.-based Islamic cleric accused of orchestrating the attempted coup in July 2016.

The protesters deny the accusations, with Kilicdaroglu saying they are marching for "justice" and accusing the government of creating a one-party state in the wake of the failed military coup a year ago.

In a security crackdown since then, more than 50,000 people have been jailed pending trial, and 150,000 suspended or dismissed from their jobs. Ankara has also closed 130 media outlets and jailed around 160 journalists, union data show.

Stepping up his challenge to the government, Kilicdaroglu on Tuesday appealed to the European Court of Human Rights over the April referendum that granted Erdogan sweeping new powers.