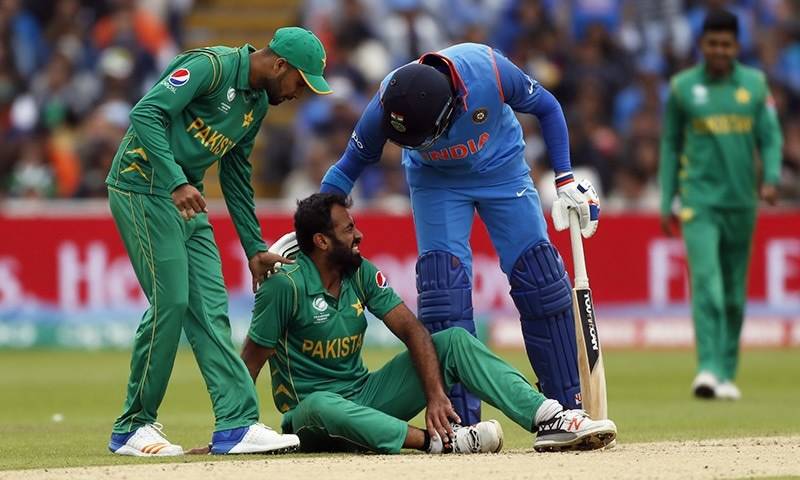 London (Staff Report): Pacer Wahab Riaz was declared unfit for remaining Champions Trophy matches due to an injury during match against India.

According to team officials, doctors have advised a week's rest for Wahab. The fast bowler is likely to be replaced by Mohammad Abbas.

However, Muhammad Amir, who also left the field after developing a cramp during the match, has been declared fit for the remaining matches.

Amir bowled 8.1 overs before developing severe cramp and leaving the field, while Riaz, who conceded 87 runs in 8.4 wicketless overs in the most expensive spell of five-plus overs in tournament history, hobbled off after twisting an ankle.

Pakistan will play against South Africa in their next Group B match at the same venue on Wednesday.