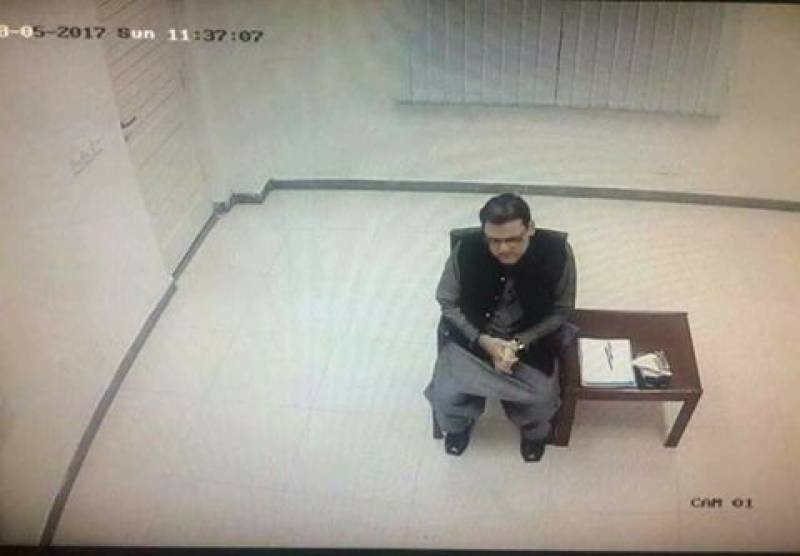 Islamabad (Web Desk): Following the incident of ‘leaked’ photo of Hussain Nawaz sitting in Joint Investigation Team’s (JIT) room, Federal Investigation Agency’s (FIA) Additional Director-General Wajid Zia has taken notice and conducting the inquiry with a question reviewing if the picture is real or not.

The media reports reported on Monday, the picture registers the time of 11:37am May 28; hence, the officers, who were present on duty the same day, are being questioned over the leak.

The JIT will present its stance before the Panama implementation bench, later.

Earlier, the Ministaer of State for Information and Broadcasting Marriyum Aurangzeb expressed concerns over Hussain Nawaz’s JIT’s picture being leaked on social media.

She declared the leak an ‘extraordinary’ activity.

The leaked photo of Hussain Nawaz had fueled speculation over JIT’s credibility and arrangements of security, with some people, however analysts are calling it malicious propaganda against the JIT probing the ruling family.