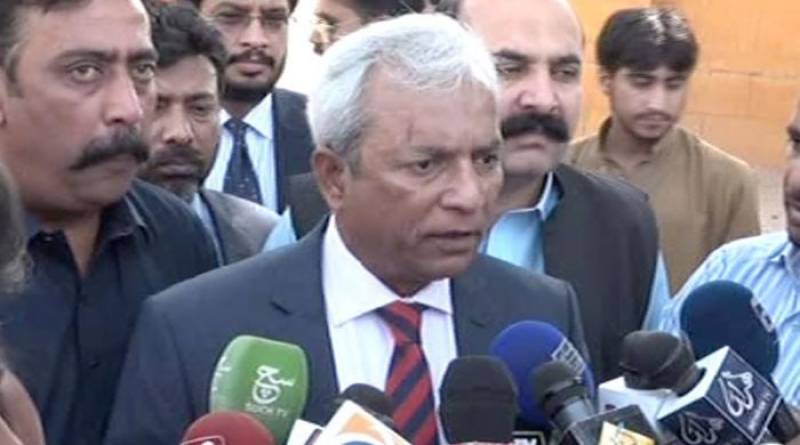 Karachi (Web Desk): Pakistan Muslim League-Nawaz (PML-N) leader Nehal Hashmi’s threatening remarks have turned into noose around his neck becoming tightened especially after a case has been filed against him for allegedly threatening those who are probing assets of Sharif family in a speech.

According to media details, the case was registered at Bahadurabad police station under Sections 189 (Threat of injury to public servant), 228 (Intentional insult or interruption to public servant sitting in judicial proceeding) and 505 (Statements conducing to public mischief) of the Pakistan Penal Code.

However, the Attorney General of Pakistan had asked the Sindh prosecutor general to start proceedings against Hashmi in Karachi where the speech was made.

Earlier, a video that went viral on the internet shows a disgruntled Senator Nehal Hashmi warning rivals and ‘some honourable officials associated with top institutions’ of dire consequences if they continued their concerns with the accountability of Prime Minister Nawaz Sharif.

On June 1, the Supreme Court conducted a hearing of the case and served a contempt of court notice to the PML-N’s senator for his threatening speech.

The apex court sought Hashmi’s reply regarding the contempt of court notice by Monday besides appointing Attorney General Ashtar Ausaf as a prosecutor.

Justice Ejaz Afzal remarked during today’s hearing that the top judiciary knew what it was doing adding that the Joint Investigation Team (JIT) currently investigating offshore assets of Sharif family was formulated by the SC.

Justice Ejaz Afzal remarked, “No one can scare us.”

The members of cabinets issued threats during the proceedings of the Panama case as well, Justice Aijaz Ul Ahsan said.