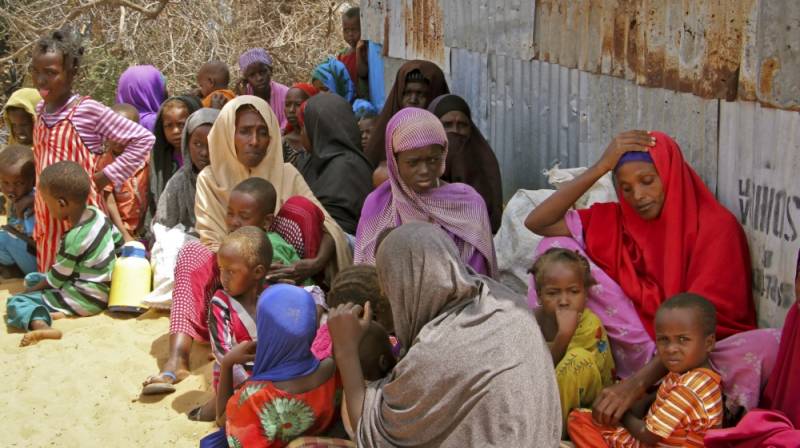 Mogadishu: Somalia's Prime Minister Hassan Ali Khaire has announced the deaths of at least 110 people due to hunger and diarrhoea in the country over the past 48 hours amid a drought in the Bay region.

"The Somali government will do its best, and we urge all Somalis, wherever they are, to help and save the dying Somalis," said the statement, released after a meeting of a famine response committee.

Mostly children and elderly people died in villages surrounding the town of Baido, Abdullahi Omar Roble, the government's regional humanitarian chief, told the DPA news agency. There was not enough medication to treat all of the patients, Roble said.

The drought has led to the spread of acute watery diarrhoea, cholera and measles and nearly 5.5 million people are at risk of contracting waterborne diseases. The cholera outbreak has killed at least 69 since Friday, a local government official said. More than 70 others have been treated in hospital.

UN experts have sounded a warning on deaths related to cholera and other diseases that arise from a lack of clean water. The UN estimates that five million people nationwide need aid, amid warnings of a full-blown famine.