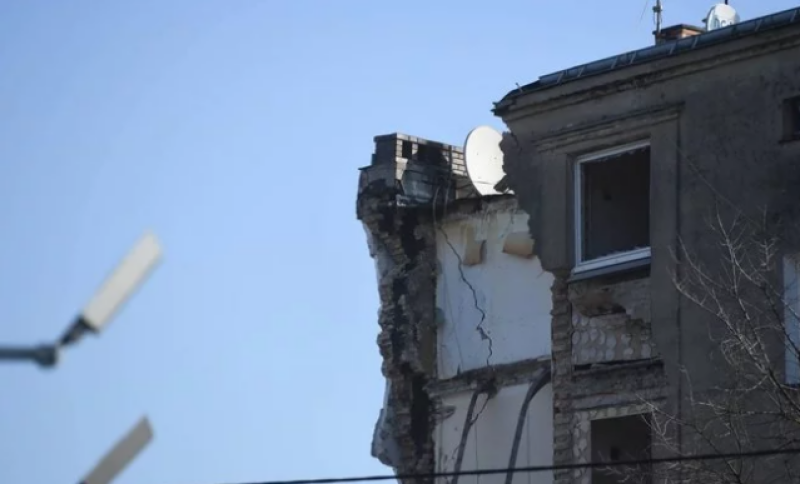 Warsaw, Poland (Web Desk): At least four dead and more than twenty were critically injured a residential building collapsed in Poland on Sunday.

According to details of Poland media, a 4 stories residential building comprising 18 apartments and 40 residents collapsed killing four and wounding more than twenty residents.

24 firefighter teams reached the spot and combed through the rubble of the collapsed building and rescue teams checking the debris while police and prosecutors investigating the site.

However, the injured were shifted to hospital where one little girl remained in stable condition but two critically injured children were dismissed.

Other stable residents were taken to a nearby hotel.

The police sources reported that the incident possibly occurred due to a gas explosion however the real cause is yet to be unknown.