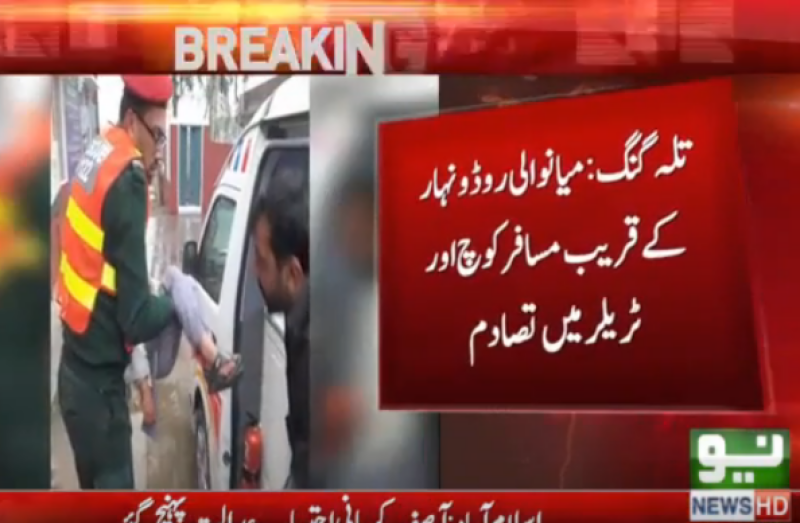 Talagang Mianwali (Staff Report): At least four dead and more than fifteen were critically injured in a collision between a passenger coach and trailer near Mianwali road Talagang, on Monday morning, the sources reported.

According to details, a passenger coach moving from D.G Khan to Rawalpindi collided with a trailer near Talagang, Mianwali road, killing four passengers on the spot and wounding more than fifteen.

The rescue teams reached the spot immediately and shifted the injured to the nearby hospitals.

Emergency has been declared in Government hospitals of Talagang.