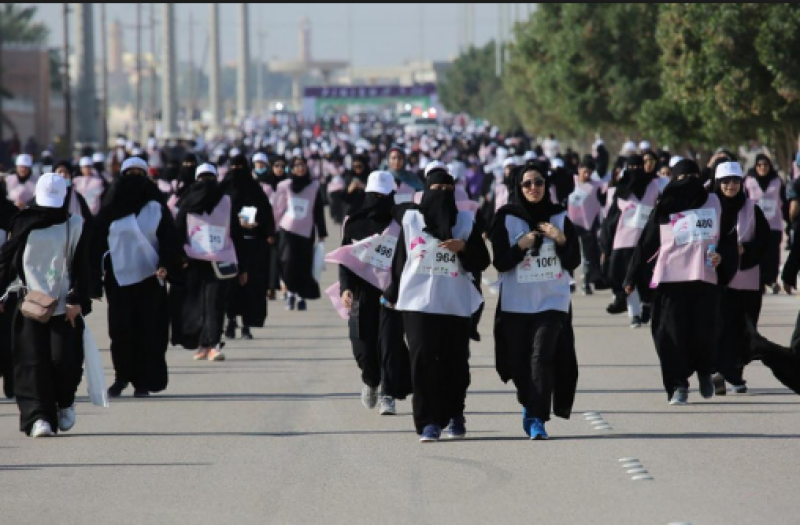 The event came after Riyadh hosted its first international half-marathon in late February, which prompted complaints from some Saudis on social media about the notable absence of women.

The event was held amid the efforts the conservative kingdom seeks to boost female sports in a far-reaching modernization drive.

According to details, Hundreds of women runners, many of them dressed in traditional Islamicdress code, raced in eastern Al-Ahsa region on Saturday.

Saudi-owned Al-Arabiya News quoted the marathon´s supervisor, Malek al-Mousa, as saying, "The aim of the marathon is to promote running and introduce the concept of sports for all, for a healthier way of life."

The sources reported that Sports authorities are set to organise another marathon for women in the holy city of Mecca on April 6, pro-government Okaz newspaper reported.