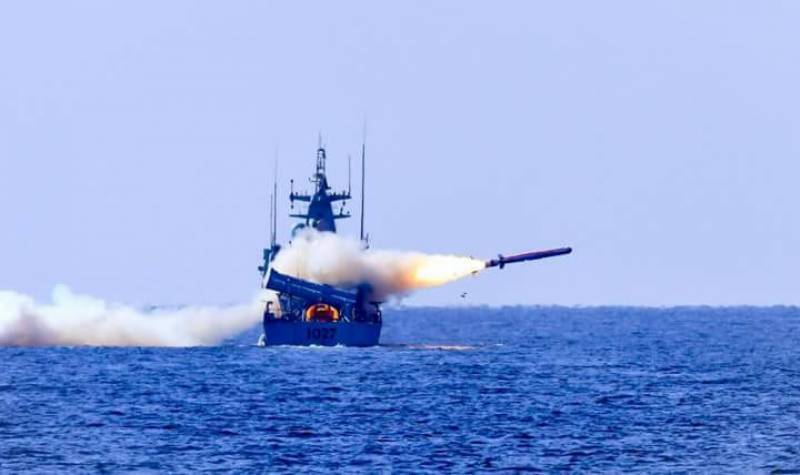 According a press release issued by Pakistan Navy, the missile test was carried out at the conclusion of naval exercise Rabbat. The missiles were fired from JF-17 Thunder aircraft and Pakistan Navy’s F-22 Frigate PNS Saif, the statement added.