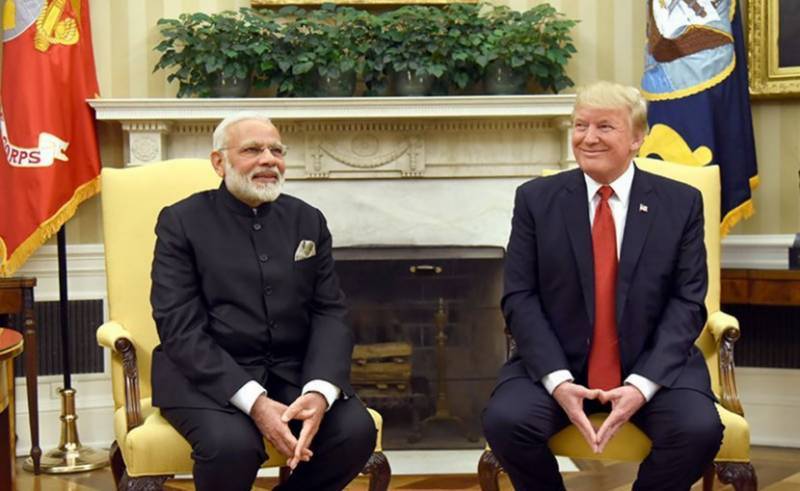 Washington (Agencies): US President Donald Trump has announced plans to end special trade treatment for India, while accusing the country of unfairly shutting out US businesses.

According to CNN, Trump wrote a letter to the US Congress on Monday signalling his intent to remove India from the Generalised System of Preferences (GSP) — a programme that provides developing countries an easy access to the US market.

The GSP lowers duties on exports to the United States for 121 developing countries. According to CNN, India was the biggest beneficiary of the program in 2017.

Indian government "has not assured the United States that it will provide equitable and reasonable access to the markets of India," CNN quoted the letter as saying.

The letter to Congress begins a 60-day period before Trump can take action, said CNN, quoting a statement from the Office of the US Trade Representative.

Indian Commerce Secretary Anup Wadhawan has said that the withdrawal of the GSP will not significantly impact India's exports to the US.

According to Times of India (ToI), the commerce secretary said: "India exports goods worth $5.6 billion under the GSP and the duty benefit is only $190 million annually."

At least 1,900 Indian products from various sectors, including chemicals and engineering, get duty free access to the US market under the GSP.

The US move comes ahead of the Indian general election, where Prime Minister Narendra Modi seeks reelection.

Trump has previously spoken up against Indian duty on US goods.