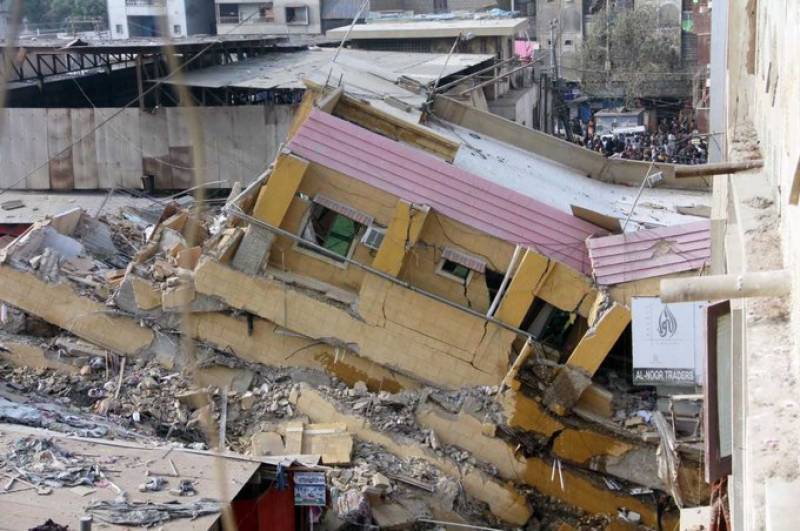 Karachi (Web Desk): At least three people died and several others were injured when a five-storey residential building collapsed in Golimar area of Karachi.

According to Karachi Metropolitan Cooperation Director Medical and Health Services, Dr Salma Kauser, three people were killed and 22 others were injured in the collapse.

Police and Rangers reached the area as a large crowd from neighbouring buildings gathered in the streets. A contingent of engineers from the Pakistan Army also arrived at the scene to assist rescue officials.

The dead and injured were shifted to the port city’s Abbasi Shaheed Hospital.

As per the details, the lower portion of the building was already damaged and the entire building was said to be in dire need of restoration work.

The Sindh CM also summoned a report related to the building’s construction and today’s rescue operation.

Karachi Mayor Wasim Akhtar ordered that the injured should be provided the best possible medical care.