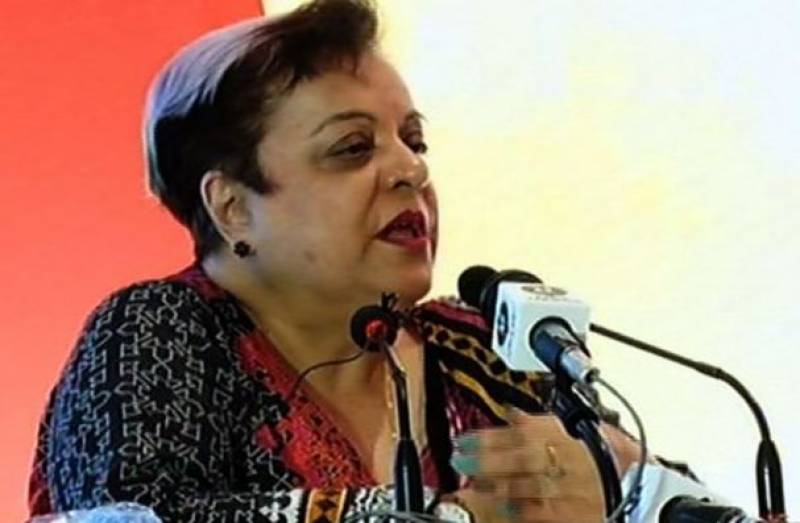 Islamabad (Web Desk): Minister for Human Rights Shireen Mazari on Thursday told the Islamabad High Court (IHC) that the federal cabinet had approved a bill to ban corporal punishment in schools across the country and it would be tabled before the National Assembly (NA) soon.

The minister said this following the the hearing of a petition filed by singer and activist Shehzad Roy against corporal punishment in schools.

On February 12, 2020, the IHC had ordered a complete ban on corporal punishment in educational institutions operating in the federal capital territory.

Justice Minallah had subsequently also suspended Section 89 of the Pakistan Penal Code (PPC), which allows corporal punishment in some cases in the federal capital territory.

During the hearing, the minister told the courtroom that the federal cabinet has approved the bill and it will now be tabled in the parliament.

She further told the court that the Ministry of Interior raised objections to the bill, claiming that the matter does not fall under the jurisdiction of the human rights ministry," she said.

Upon hearing this, Justice Athat Minallah said that the matter did indeed concern human rights and the federal government was obligated to legislate upon it.

The minister for human rights informed the court that the interior ministry has also asked them to table the bill before the Council of Islamic Ideology.

"We support the ban on corporal punishment. Prime Minster Imran Khan has also said that that corporal punishment in schools should be abolished. The court should declare Section 89 of the Pakistan Penal Code null and void," Mazari pleaded during the hearing.

After hearing the statements made by the minister, Justice Minallah remarked that under Article 14 of the Constitution of Pakistan, the intent to hit a child can never be deemed a 'good' one.

He said that "Islam teaches about the dignity of humans, not violence [against them]."

Justice Minallah further remarked that he could not "understand why the interior ministry had sent good lawmaking to the council for approval".

The court observed that the CCI had objected to the bill "without citing relevant Islamic teachings" and that "all incidents of violence against children are a result of not following Islamic teachings."

Justice Minallah remarked that he would reserve his decision on the petition in the next hearing and directed the law ministry to submit a written reply by March 12 on the progress of the bill to stop violence against children.

The court then adjourned the hearing till March 30.

Speaking to newsmen outside the IHC following the hearing, Mazari said Roy's petition was "very important" and that her ministry fully "supports it".

Speaking on this occasion Shehzad Roy said he hoped that the bill banning corporal punishment in schools would be tabled in the NA soon.

“Hitting children is against the teachings of Islam. We have signed international agreements in this regard. A law on it has been adopted by provinces, but not yet by the federal government," Roy added.