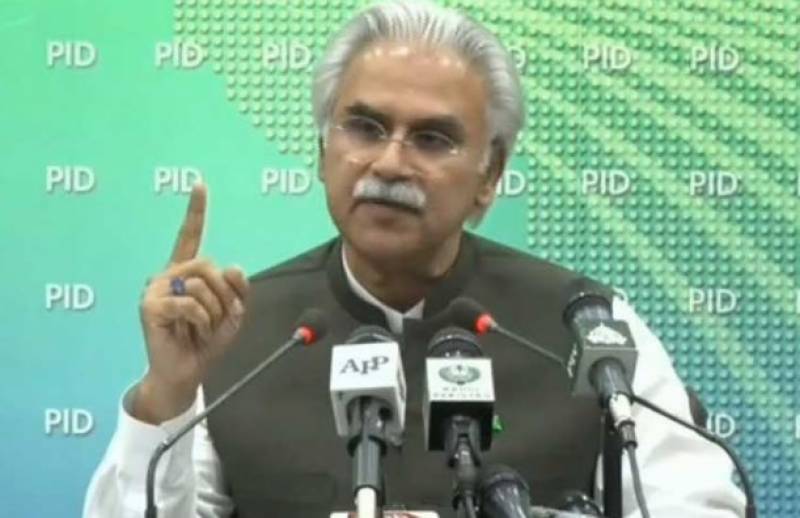 Karachi (Web Desk): Pakistan on Thursday confirmed appearance of sixth case of coronavirus after a 69-year-old person in Karachi was diagnosed with the disease.

In a tweet, Special Assistant to the Prime Minister (SAPM) on Health Dr Zafar Mirza confirmed the report. The SAPM said that the patient "is in clinically stable condition in Sindh and is being well taken care of."

236/ 6th case of #coronavirus in Pakistan is confirmed. The patient is in clinically stable condition in Sindh and is being well taken care of.

Earlier on Thursday, Sindh Chief Minister (CM) Syed Murad Ali Shah was informed during a meeting at the CM House that another person had contracted the novel coronavirus from Karachi.

The Sindh health department confirmed the emergence of third coronavirus case in the province.

As per the details, the 69-year-old patient has a history of traveling to Iran and had returned on February 25, 2020. He was being monitored by the health department and was tested today when the symptoms showed up.

The Sindh CM reportedly directed the provincial government to have all those who came into contact with the person tested for the virus.

The provincial government has been grappling with the coronavirus problem as two cases of the novel virus were confirmed in Pakistan last week, one in Karachi.

Last week, two cases of novel coronavirus were reported from Karachi, two from federal areas and one from Islamabad, bringing the total number of cases in Pakistan to four.

As a precautionary measure, the Sindh government had directed all schools, colleges, universities, tuition centres and other educational institutions to remain closed till March 13.

Most of the cases reported so far in Pakistan have a history of travel to Iran where at least 66 people have died from the virus including senior government functionaries with over 1,500, confirmed cases.