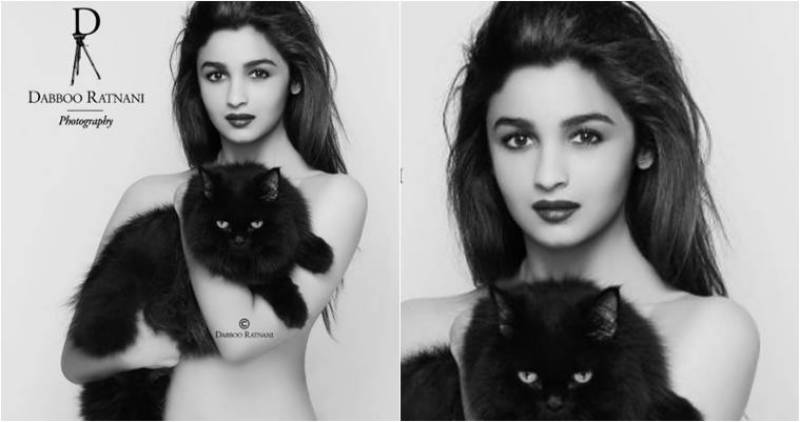 New Delhi (Web Desk): Cute, bubbly, chirpy and above all Alia Bhatt is a great actor. But post her debut in Student Of The Year where she made an appearance in a bikini, you might have rarely seen her getting into her hot sizzling avatar.

Other such exceptional occasion was Daboo Ratnani’s calender shoot for the year 2014. You cannot just afford to take your eyes off her. And the Daboo has captured the oomph of this young beauty in his lens like no one else. He has also photographed many top rated celebrities in their hot and glamorous avatars. Alia Bhatt is prepping up for her next Ayan Mukherji directorial Dragon with Ranbir Kapoor, has turned a muse for Daboo Ratnani and the result?

In the picture Alia is seen posing topless holding a black cat with attitude. Daboo has captioned the image, “#Love the ‘Cattitude’ , Dont Ya? @aliaabhatt.” Alia’s obsession with cats is no news. The Dear Zindagi actor has been sharing many pictures of her cat on her Instagram which she got as her 24th birthday present.