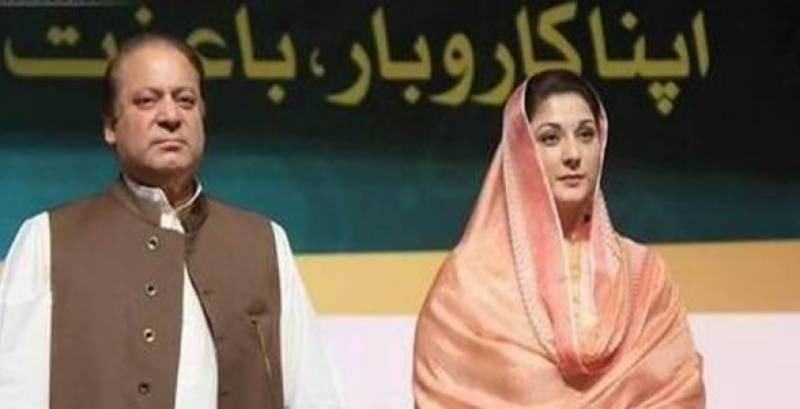 A fine of Rs 200,000 was imposed on Mashriq TV for airing a ticker concerning the news story in question. 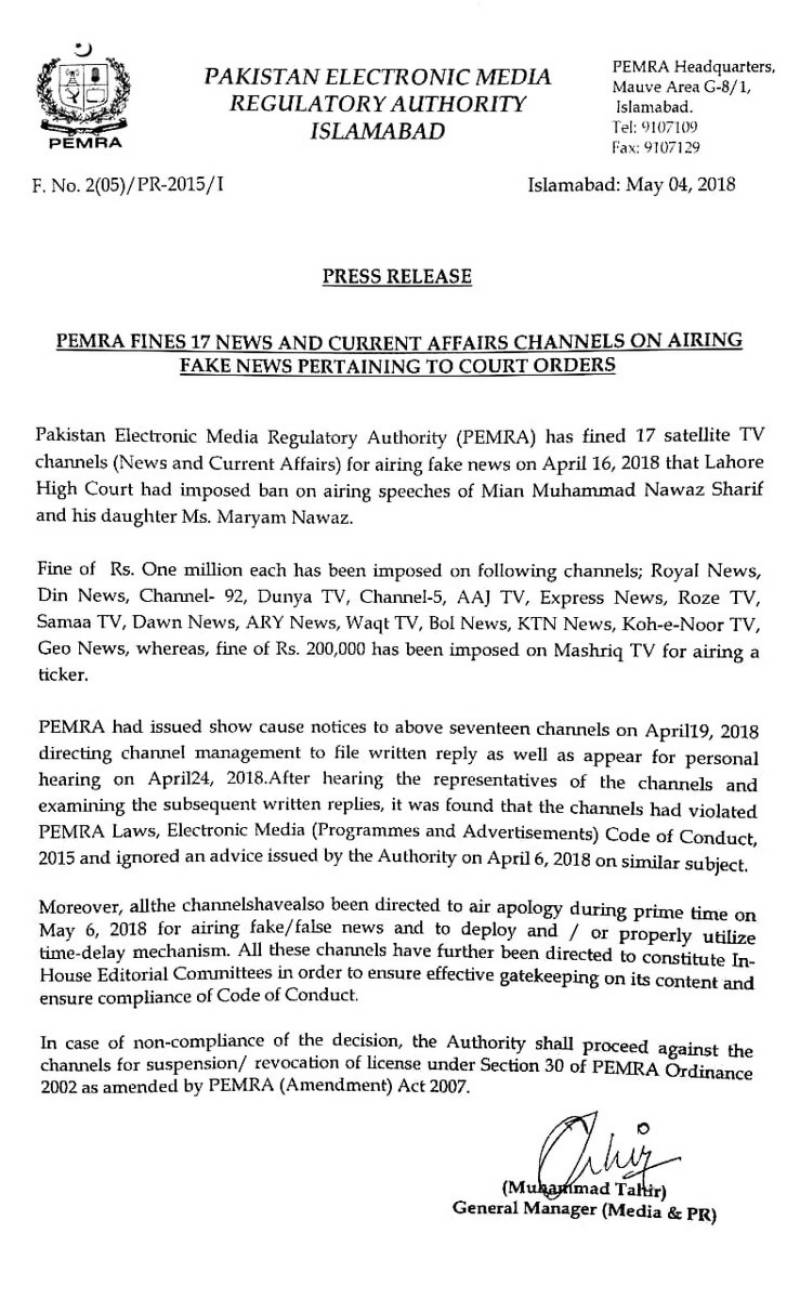 According to a notification issued by the media watchdog, the TV channels falsely reported on April 16th that the LHC had imposed an interim ban on the airing of anti-judiciary speeches made by former prime minister Nawaz Sharif, his daughter Maryam Nawaz and other Pakistan Muslim League-Nawaz (PML-N) leaders.

Earlier, a three-member bench of the apex court headed by Chief Justice of Pakistan (CJP) took suo motu notice of reports that the LHC, had banned the transmission of anti-judiciary speeches by Nawaz , Maryam and other Pakistan Muslim League-N (PML-N) leaders.

The CJP Mian Saqib Nisar summoned a copy of the LHC verdict.

The bench also issued a notice to PEMRA, instructing the regulatory body to present their point of view on the matter. The hearing is scheduled for 1 pm today.

As the hearing resumed later in the afternoon, the court expressed displeasure at the media coverage of the LHC order, with Justice Ijazul Ahsan terming it fake news.

The chief justice remarked that nowhere does it say in the LHC order that Nawaz and Maryam’s speeches have been banned.

The bench observed that the high court has only ordered PEMRA to enforce the law, adding that the court cannot curtail fundamental rights.

The chief justice asserted that the court never stopped anyone from healthy criticism.