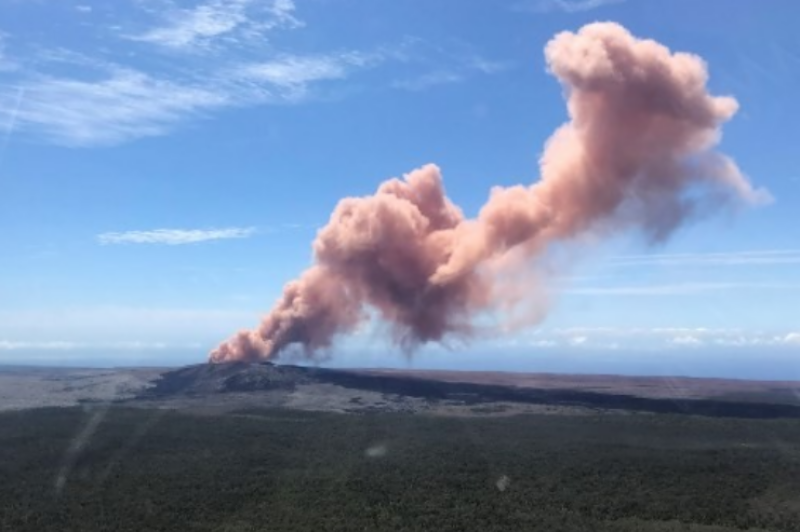 The US Geological Survey said the quake struck at 12:32 pm (2232 GMT) and was centered on the south flank of the Kilauea volcano, which first erupted on Thursday after a series of tremors on the island.

"This is in almost exactly the same location as the deadly 1975 M 7.1 quake," USGC said in a tweet. That quake killed two people and injured 28.

The quakes have prompted the Kilauea volcano, one of five active on the island, to erupt.

Drone and video footage showed orange magma gushing up from cracks in the ground and snaking through a wooded area.

Molten lava could also be seen bubbling up through cracks on streets in the Leilani Estates and Lanipuna Gardens neighborhood where residents were ordered to evacuate on Thursday.

The area is home to about 1,700 people and 770 structures. The broader district potentially impacted by the threat is home to some 10,000 people.

No injuries have been reported but several homes were said to have been destroyed or badly damaged on Friday, authorities said.

Officials urged any remaining residents to evacuate and warned of extremely high levels of toxic fumes.