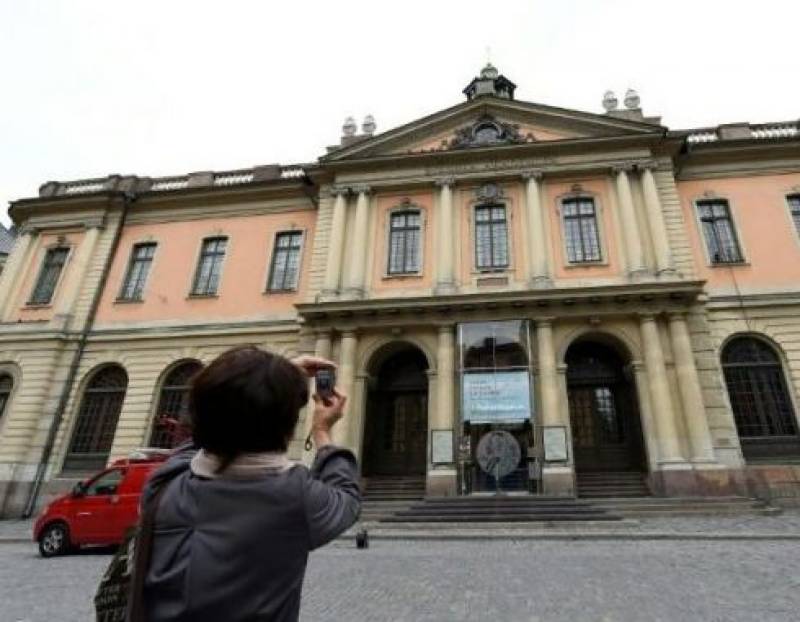 Copenhagen (Web Desk): For the first time since 1943, Nobel Prize in literature will not be awarded this year following sex-abuse allegations and other issues within the ranks of the Swedish Academy that selects the winner.

“We find it necessary to commit time to recovering public confidence in the Academy before the next laureate can be announced,” the Academy’s interim permanent secretary Anders Olsson said in a statement Friday, adding two prizes would be announced in 2019.

The body has been plunged in crisis since November, in the wake of the global #MeToo campaign, when Swedish newspaper of reference Dagens Nyheter published the testimonies of 18 women claiming to have been raped, sexually assaulted or harassed by Jean-Claude Arnault, an influential figure on the Swedish culture scene.

Arnault, the French husband of Academy member and poet Katarina Frostenson, has denied the allegations.

The revelations have sowed deep discord among the Academy’s 18 members about how to handle the matter, and in recent weeks, six of them have chosen to resign, including permanent secretary Sara Danius.

“The active members of the Swedish Academy are of course fully aware that the present crisis of confidence places high demands on a long-term and robust work for change,” Olsson said.

Seen as bearers of high culture, the Academy, founded in 1786, is traditionally known for its integrity and discretion, with its meetings and decisions shrouded in secrecy.

But the row has turned into a titillating public spectacle, with Academy members dealing ugly blows to each other in the media.

The last time the institution delayed a prize announcement was in 1949. William Faulkner received the prize a year later, the same year Bertrand Russell was honoured.