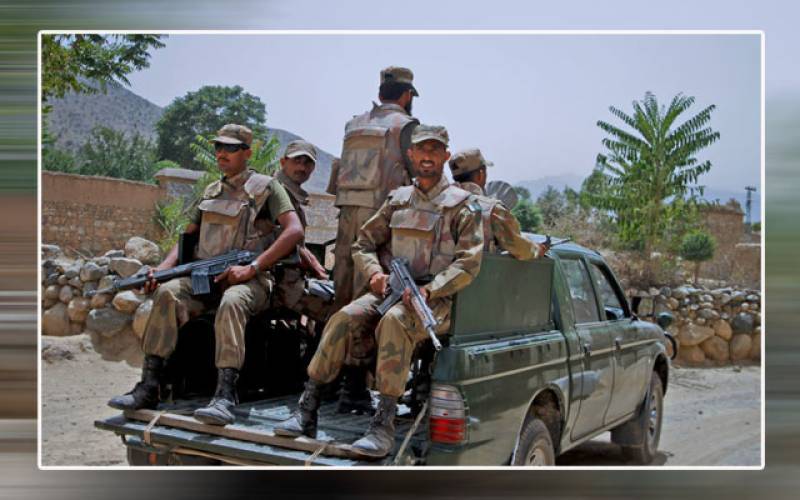 Zhob (Web Desk): Four personnel of the Frontier Corps (FC) embraced martyrdom and six others injured in a terrorist attack from Afghanistan in Manzakai Sector of Zhob District on Wednesday.

According to the Inter-Services Public Relations (ISPR), the FC troops were moving for the fencing activity in the area when they were ambushed by terrorists from across the border.

“The injured have been shifted to the Combined Military Hospital (CMH) in Quetta for treatment,” the ISPR statement added.