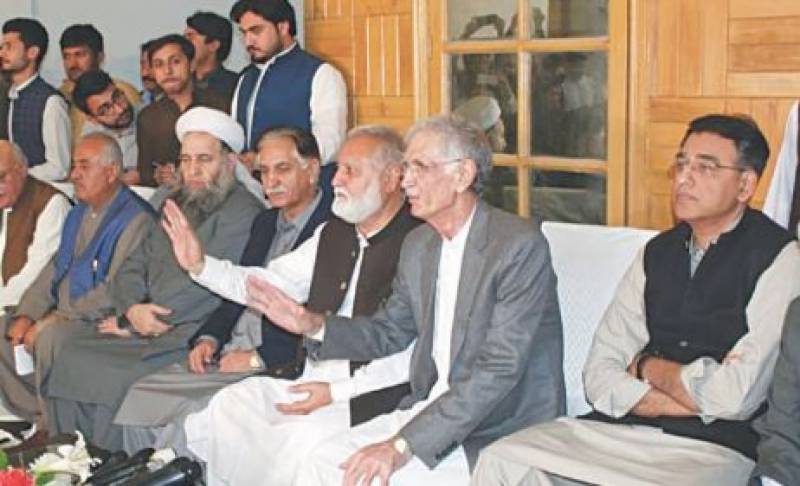 Islamabad (Web Desk): The deadlock between the government and the opposition persisted on Tuesday as both sides failed to reach a breakthrough.

Addressing a joint press conference with the members of oppositions Rahbar Committee in Islamabad, Defence Minister Pervez Khattak who is leading the government negotiating team, said that talks between the government and the opposition were still going on.

"They have their own stance, we have ours," he said. "We are trying to arrive at the middle ground," he added. He hoped that the deadlock between the two sides would end soon.

Speaking on the occasion, Opposition’s Rahbar Committee Convener Akram Durrani said that the members of the committee, in meeting with the government committee, told them about oppositions’ demands for the premier's resignation and fresh elections.  "We are holding on to our demands," Durrani said.

Earlier on Tuesday, Prime Minister Imran Khan said he was ready to accept oppositions all ‘valid’ demands except his resignatuion demanded by Jamaat-e-Ulema-Islami Fazl (JUI-F).

According to the sources, the prime minister gave go ahead to the government negotiating team to accept the demands of the Azadi March protesters that were in accordance with the Constitution.