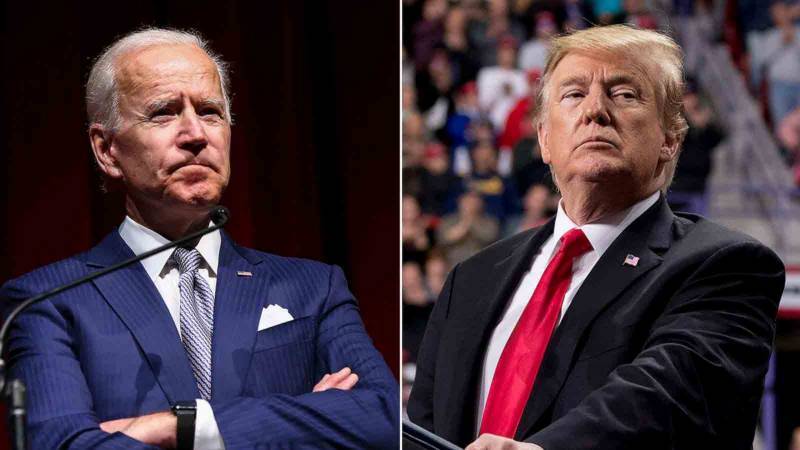 Washington (Web Desk): The counting of votes has entered into final stage In the United States (US) Presidential Election with Democrat candidate Joe Biden claiming to get closer to victory.

According to the US media, Joe Biden is leading the tally with 264 electoral votes and he requires 6 more votes to win the presidential race.

On the other hand, the incumbent US President and Republican candidate Donald Trump has so far secured 214 Electoral College votes.

Meanwhile, Trump’s campaign announced a lawsuit to try and suspend the vote count in Michigan, where it said its team was denied proper access to observe vote counting.

The campaign said it was also suing to halt the counting of votes in Pennsylvania -- after the president called overnight for Supreme Court intervention to exclude the processing of mail-in ballots after the close of polls.

And it demanded a recount in Wisconsin, citing "irregularities."

In the US election, Americans vote for candidates called electors in their state who are supporting the candidate they want to become president. This process is called the Electoral College.

The number of electors from each state is roughly in line with the size of its population. Each state gets as many electors as it has lawmakers in the US Congress.

California has the most electors 55 while a handful of sparsely populated states like Wyoming, Alaska and North Dakota have the minimum of three.

There are 538 electors in total.

Each elector represents one electoral vote and a candidate needs to gain a majority of 270 votes or more to win the presidency.