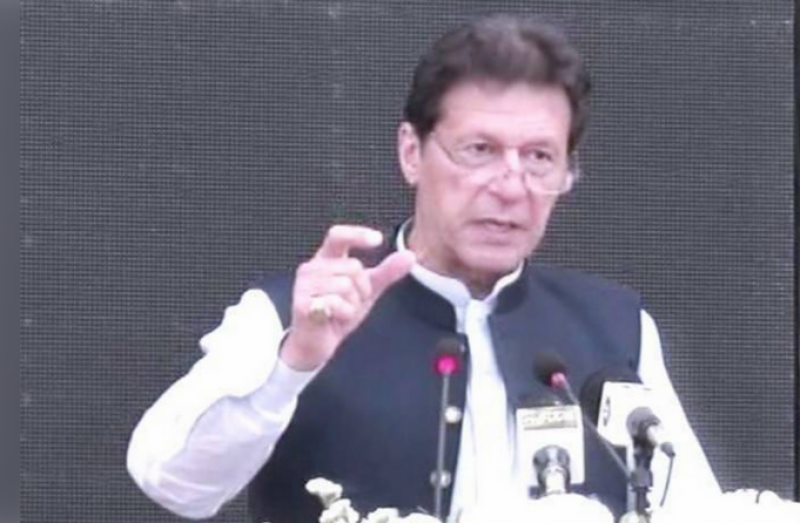 Attock (Web Desk): Prime Minister Imran Khan on Friday that Pakistan still has the cheapest petrol prices in the region.

Addressing the groundbreaking ceremony of state of the art mother and child hospital in Attock, the premier said that Pakistan was bearing the impact of global price hike of commodities, mainly due to shortage of supplies in the wake of coronavirus pandemic.

He said the sharp increase in global petroleum prices from $45 to $85 dollar greatly affected Pakistan as the country relied on imports of several items, including petrol, palm oil, and pulses.

Despite such a situation, he said, Pakistan had the lowest rate of petroleum at Rs 146 per litre among importing countries compared with India at Rs 250 and Bangladesh at Rs 200 per litre.

The premier hoped that as the world businesses open up after decline in pandemic following the coming winters, things would improve.

Imran Khan said that the Pakistan Tehreek-e Insaf (PTI) government's foremost priority is to uplift marginalised segments of the society and bring less developed areas at par with the developed region.

“If we succeed in this mission during our five-year tenure, it will be considered as a great success of the PTI government,” PM Imran asserted.

To reduce the financial impact on poor, he said the government had recently provided food subsidies to 130 million people across the country through Ehsaas programme.

PM Imran said every citizen of Punjab will have health card by March 2022, while health insurance has been ensured in Khyber Pakhtunkhwa (KP).

Khan said that the health system being introduced by the present government will attract investment from private sector.

He added that the government will provide land to the private sector at cheap rates to construct hospitals in rural areas.

PM Imran said that five mother and care hospitals are being constructed, and they will be completed within two years.

“The government is focused on long term projects that will benefit the country's economy,” the premier said.

Khan said that new projects are being launched where overseas Pakistanis can invest. He added that these investment opportunities will help the country in wealth generation.

PM Imran said to control the inflation, Ehsaas Roshan Program is being implemented throughout the country under which around 30% price subsidy will be provided on flour pulses and ghee for the poor.

The Punjab government will reportedly complete the mega project at a cost of Rs 5.3 billion in two years’ time while half of the project cost has been disbursed by the federal authorities to the provincial government.