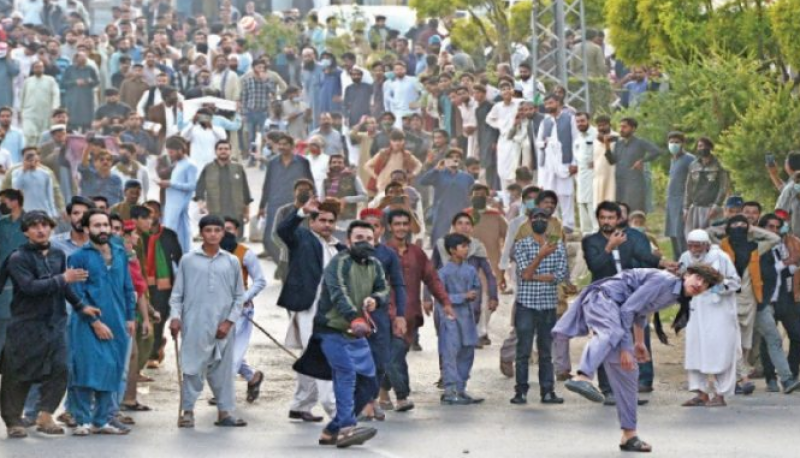 The cases were registered with the Industrial Area Police Station on Friday under Sections 353 (assault or criminal force to deter public servant from discharge of his duty); 186 (obstructing public servant in discharge of public functions), 422 and 188 (disobedience to order duly promulgated by public servant).

As per the First Information Report (FIR), as many as 250-300 protesters led by PTI leaders Amir Mehmood Kayani, Ali Ahmed Awan, Wasif Qayyum, Chaudhry Shoaib and others were moving towards Faizabad on Friday evening and they provoked party activists to attack police and FC personnel.

At least nine FC personnel and five police officers had been injured in the attack, the FIR added.

The angry mob of PTI workers had allegedly set ablaze the motorcycle of an orphan bike rider, who was seen crying in a video widely shared on social media.

In a video message, the victim Ishtiaq said that he was the breadwinner for his large family after the death of his father

"I am a student of class 9th and also cover the cost of my education by riding the Bykea," he lamented while rolling down tears on his cheeks.