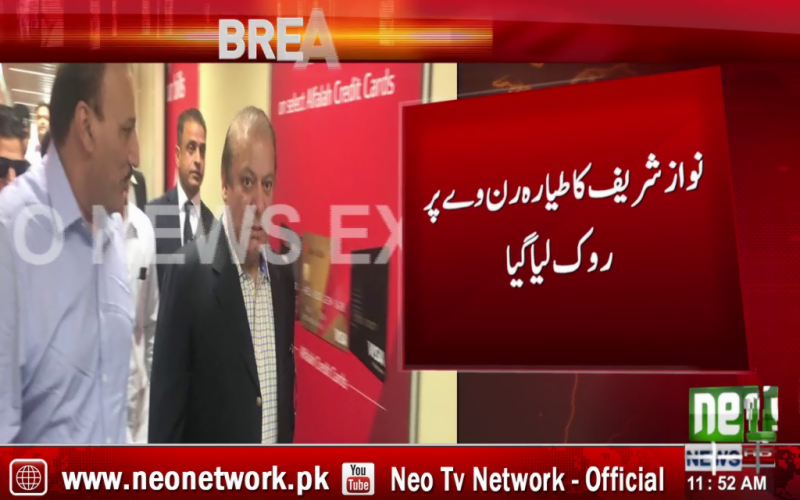 According to reports, Nawaz Sharif was leaving for London to spent time with wife Kulsoom Nawaz, however, plane was barred from flight due to the ailing health of a woman patient name ‘Ayesha Ghaws’.

The plane took off at its time but it was barred due to the ailing health of a patient suddenly, doctors’ team rushed to check the patient.

The airport sources revealed that now the flight will take off after 12 pm today.