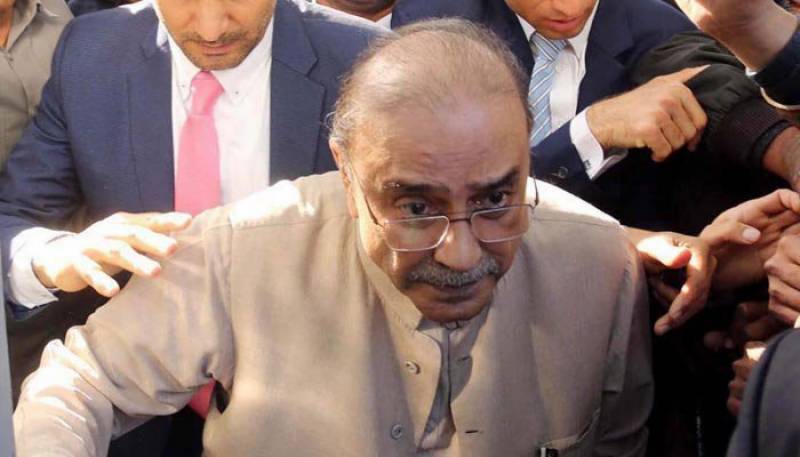 During the hearing, Asif Ali Zardari was presented with a charge sheet for Park Lane and Thatta Water Supply references.

On September 28, an accountability court in Islamabad had indicted Asif Ali Zardari and his sister Faryal Talpur in Money Laundering case.

The accused pleaded not guilty to all charges.

PPP leader's counsel Farooq H. Naik, was not present to a commitment at the Supreme Court (SC).

The court had also indicted Anwar Majeed, the head of the Omni Group, his son Abdul Ghani, and another accused in the case, who appeared through a video link. Majeed, too, pleaded not guilty.