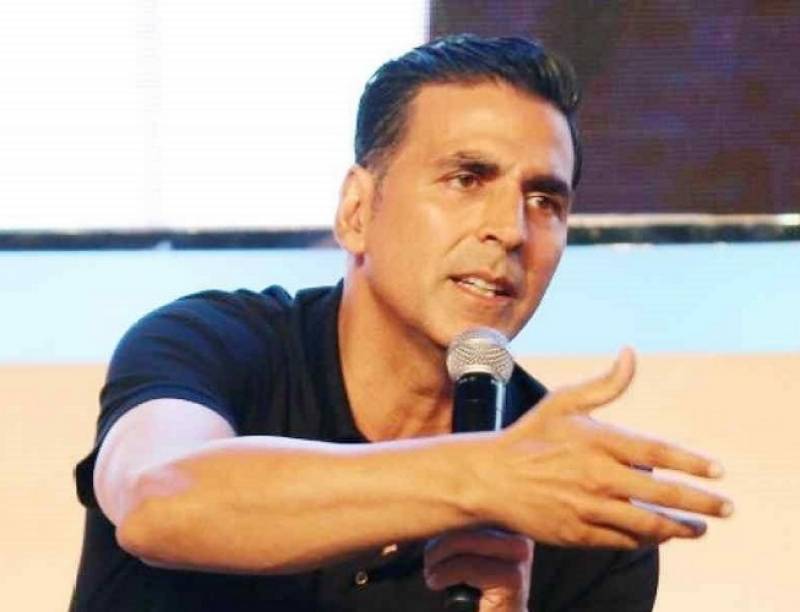 Mumbai (Web Desk): Leading Indian actor Akshay Kumar has confirmed that drug problem exists in Bollywood but not everyone is involved in it.

Sharing a video on twitter, the Bollywood actor openly expressed his views on the drug scandal in the Indian showbiz industry.

In his video on twitter Akshay Kumar said: "I am talking to you today with a full heart. I have been trying to say something for the last few weeks but there is so much negative thinking everywhere that I do not understand what to say, how much to say and to whom.”

"Bollywood is not just and industry, through films, we have promoted Indian culture and values. The films express the sentiments of the people in the country, whether it is the anger of a young man, corruption or unemployment. So today, if you are angry, we accept that anger,” he added.

Akshay Kumar further said that after the death of Sushant Singh, many truths of the film industry came to light. He also mentioned the problem of some people getting addicted in Bollywood.

"These issues have made us look at the shortcomings of the Indian film industry as we are talking about drugs now," he said. “There is a problem of narcotics and drugs in Bollywood but it would not be right to say that everyone is involved in it,” he added.

He further said: “The drug problem is legal and I am sure whatever action our law enforcement agencies are taking today will be right. Everyone in the industry should cooperate with them for the investigation.”

Akshay Kumar urged the fans not to drag every film star into this controversy, while the media "I have always believed in the power of the media," he said. “If our media does not raise the issue at the right time, many people's voices will not be heard and they will not get justice. I trust the media. I urge them to continue to raise their voices but with sensitivity because a negative news can ruin a person's reputation, which he has built after a lot of hard work,” he added.

At the end of the video, he told his fans that if they were angry with him, he would work on his shortcomings and win their trust and love.

Earlier, the use of drugs in the Sashant Singh case had came to light, after which Kangana Ranaut revealed important secrets of other Bollywood stars in this regard. Actress Kangana Ranaut claimed that she had seen many actors using drugs.