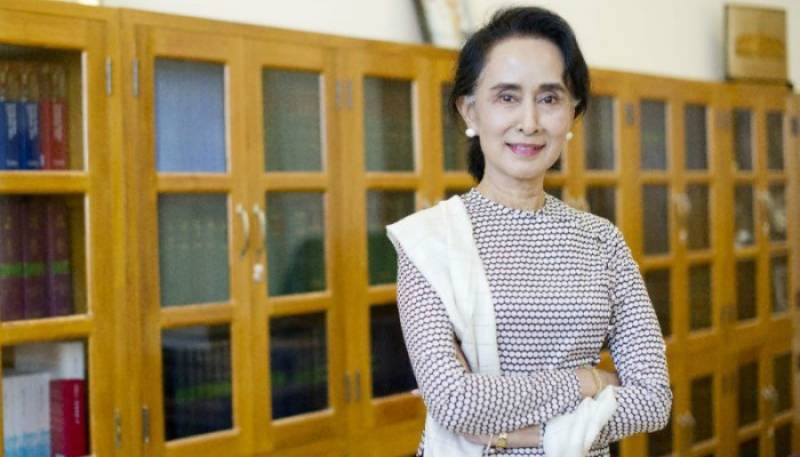 (Online): Over 3,035,000 people have signed a petition on Change.org demanding that the Nobel Peace Prize be taken back from Myanmar leader Aung San Suu Kyi for failure to stop violence against the ethnic Rohignya Muslims in the country.

Three million signatures are needed to forward the demand to the Norway-based Nobel Peace Prize Committee.

Nobel peace laureate Malala Yousafzai and mainly Muslim countries in Asia led a growing chorus of criticism on Monday aimed at Myanmar and its civilian leader Aung San Suu Kyi over the plight of the Rohingya Muslim minority.

Nearly 90,000 Rohingya have flooded into Bangladesh in the past 10 days following an uptick in fighting between militants and Myanmar´s military in strife-torn western Rakhine state.

The impoverished region bordering Bangladesh has been a crucible of communal tensions between Muslims and Buddhists for years, with the Rohingya forced to live under apartheid-like restrictions on movement and citizenship.

The recent violence, which began last October when a small Rohingya militant group ambushed border posts, is the worst Rakhine has witnessed in years, with the UN saying Myanmar´s army may have committed ethnic cleansing in its response.

Suu Kyi, a former political prisoner of Myanmar´s junta, has come under increasing fire over her perceived unwillingness to speak out against the treatment of the Rohingya or chastise the military.

She has made no public comment since the latest fighting broke out on August 25.

"Every time I see the news, my heart breaks at the suffering of the Rohingya Muslims in Myanmar," Pakistani activist Yousafzai, who famously survived being shot in the head by the Taliban, said in a statement on Twitter.

"Over the last several years I have repeatedly condemned this tragic and shameful treatment. I am still waiting for my fellow Nobel laureate Aung San Suu Kyi to do the same," she added.

"(Previously) she stood up for the principles of human rights. Now it seems she is doing nothing."

On Monday he said: "Unfortunately large massacres have taken place in Myanmar. Humanity has remained silent..." He added that Turkish aid organisations were giving help and that he would take the issue to the UN General Assembly later this month.

The growing crisis threatens Myanmar´s diplomatic relations, particularly with Muslim-majority countries in Southeast Asia such as Malaysia and Indonesia where there is profound public anger over the treatment of the Rohingya.

The Maldives announced on Monday that it was severing all trade ties with the country "until the government of Myanmar takes measures to prevent the atrocities being committed against Rohingya Muslims", the foreign ministry said in a statement.

Indonesia´s Foreign Minister Retno Marsudi met Suu Kyi as well as Myanmar´s Army Chief General Min Aung Hlaing in Naypyidaw on Monday in a bid to pressure the government to do more to alleviate the crisis.

"Once again, violence, this humanitarian crisis has to stop immediately," Indonesian President Joko Widodo told reporters on Sunday as he announced Retno´s mission.

Hours before Widodo spoke, a petrol bomb was thrown at Myanmar´s embassy in Jakarta while police there have previously thwarted two attempts by Islamist militants to bomb the compound.

Dozens demonstrated in front of the embassy on Monday, where armed police were deployed and the mission cordoned off behind barbed wire.

Pakistan´s foreign ministry said it was "deeply concerned over reports of growing number of deaths and forced displacement of Rohingya Muslims" and urged Myanmar to investigate reports of atrocities against the community.