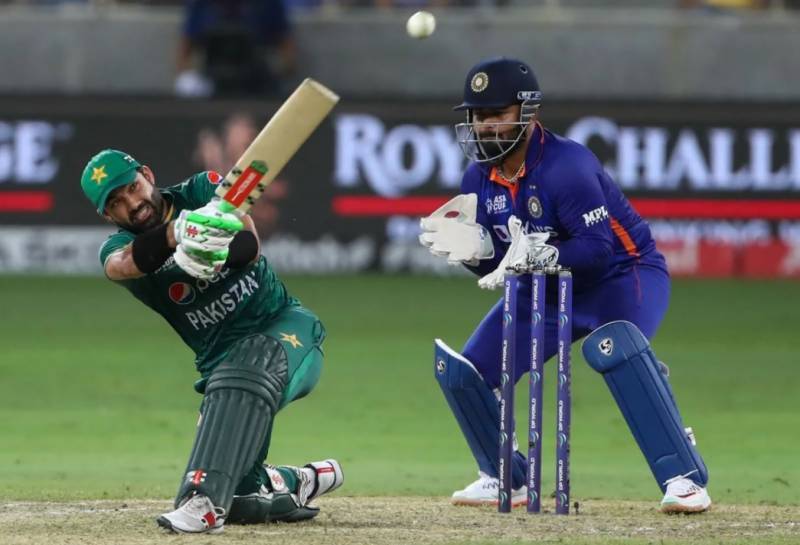 Dubai (Web Desk): Pakistan deafted India by five wickets in the Super Four phase of the T20 Asia Cup 2022 in Dubai on Sunday.

Batting first, India set a victory target of 182 runs for the loss of seven wickets in stipulated 20 overs.

In reply, Pakistan achieved the target in 19.5 overs for loss five wickets.

Indian skipper Rohit Sharma started fiercely while smashing Pakistani bowlers all around the park. The duo smashes scores and helped their side score half-ton in the first five overs.

Kohli then took responsibility and held his ground while the rest of the batters failed to score.

India despite getting thrashed scored the highest-ever 62 runs in powerplay against Pakistan in T20Is.

The Pakistani innings started slow and the team lost skipper Babar Azam and Fakhar Zaman within the first 10 overs of the innings. At that stage, Pakistan needed someone to stay with Mohammad Rizwan to bring Pakistan back into the game.

And the surprise decision to promote Mohammad Nawaz up in the order proved exactly that.

A 73-run partnership between Rizwan and Nawaz helped set the centre stage for Asif Ali and Khushdil Shah to finish the game for Pakistan.

By the time Rizwan and Nawaz were dismissed, Pakistan needed 34 runs off 18 balls to finish the game.

It was in the 18th over when Asif Ali and Khushdil Shah smashed Bhuvneshwar Kumar all over the park to make sure Pakistan needed 7 off 6 balls.

A four from the second ball of the last over made it 2 off 4 balls and it looked like the Green Shirts would win the match easily.

However, Arshdeep Singh’s dismissal off Asif made 2 from 2 but Iftikhar Ahmad helped seal the game with one ball to spare and ensure Pakistan win the match by five wickets.