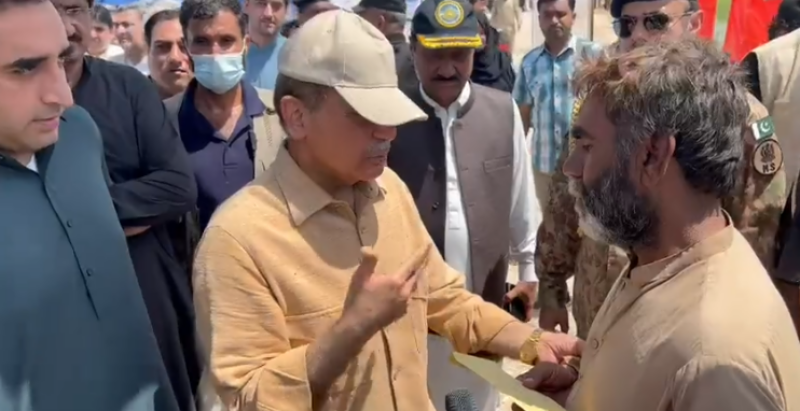 Speaking during his visit to the relief camp set-up in Qambar Shahdadkot, the premier said that the country witnessed unprecedented loss due to floods.

The 2.5 times increase in the volume of the assistance programme has been made in view of the gross damages of infrastructure and crops in the wake of flash floods.

PM Shehbaz mentioned that the compensation amount of Rs25,000 was being given to each flood-affected family to help them recover their financial losses.

"Joint efforts at the national level are need of the hour to mitigate the suffering of the flood-affected people," the premier said.

He said provision of shelter to the displaced persons was direly needed, adding that the government had placed the order for the purchase of seven million tents.

Medical camps, he said, had also been set up at the relief camps to avert the spread of diseases.

He expressed concern that the cotton crop in the flood-hit areas of Sindh, which was means of livelihood for locals, was entirely damaged by floods.

He also lauded the dedication and services of armed forces that are busy in rescue and relief works all over the country and also providing food and medical aid.

The premier appealed to all the media and other organisations to come forward and help their countrymen who are facing harsh times.

"This is not the time for politics. We need to join hands to get through these difficult times" PM Shehbaz said.

The prime minister earlier took an aerial view of the inundated areas to assess the damage incurred by the flash floods.