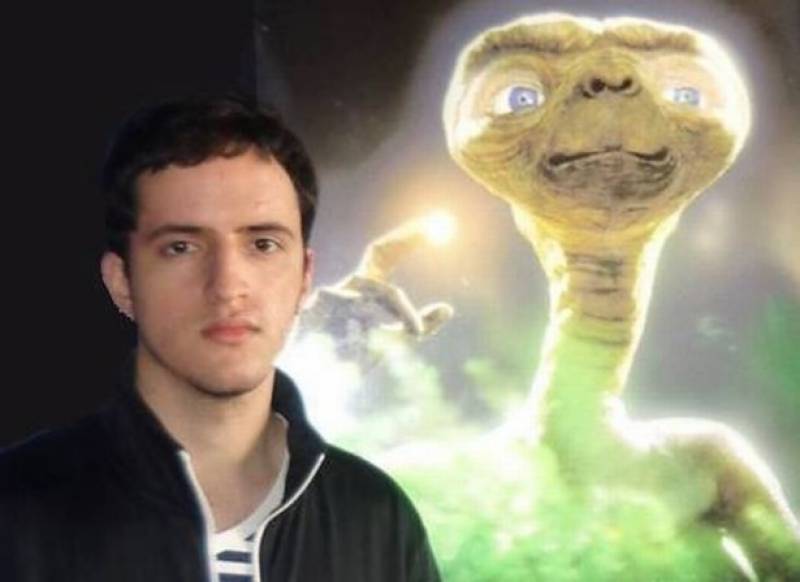 Brazil (Web Desk): The event is reported in “Mirror” that an alien enthusiast student has mysteriously disappeared in Brazil, leaving behind a locked room covered in code and a £2,000 statue of a 16th-century alien hunter.

According to details, Bruno Borges, 24, a psychology student's vanished from his family home in Brazil last Monday while working on a secretive project.

His disappearance has sparked worldwide interest - with many believing he's been kidnapped by aliens - after a bizarre video of the inside of his bedroom was leaked online. Borges appears to have turned the room into a shrine to the extraterrestrial world, has removed all the furniture and put up a creepy self-portrait of himself with an alien.

The walls are also covered with coded writing and signs associated with Satanism and the Illuminati are spread across the floor.

Among the writings were passages from the Bible and phrases from Leonardo da Vinci, which lay in among 14 handwritten books, which were also encrypted.

There was also a huge statue of philosopher Giordano Bruno - which was reportedly bought for £2,000 a few weeks ago - looming over the room.

Giordano Bruno was one of the first thinkers to predict the existence of extraterrestrial life – and some have suggested the boy was trying to complete his work.

Relatives say Borges was constantly asking them for funding for his latest secretive project - but wouldn't give any details apart from saying he was writing a series of books that would “change humanity in a good way”.

The student's shaken businessman father Athos Borges, said he last saw his son when he left their family home in Rio Branco, Acre, without any money after lunch on March 27.

He said the family has received some information, but nothing concrete and nothing that would indicate what has happened.