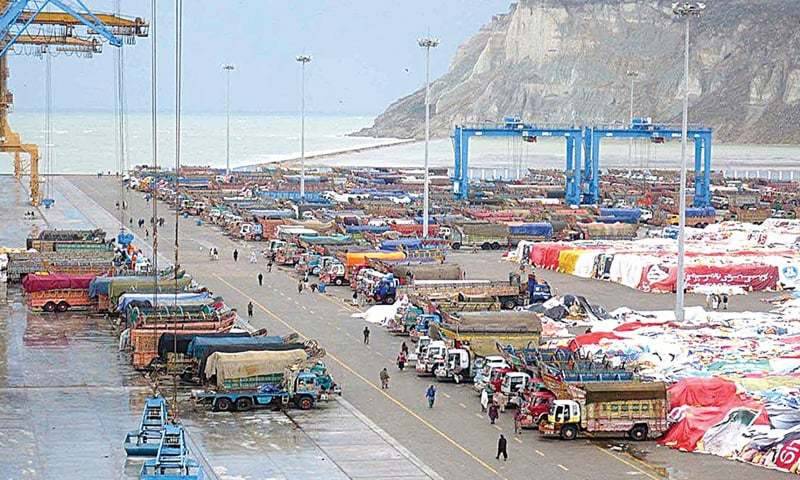 Islamabad (APP): A Malaysian delegation on Wednesday expressed its interest to help develop projects like ferry service operation, construction of dedicated terminals at Pakistani ports and establishment of industry in the Gwadar port free zone in a bid to capitalise on the rise of regional integration.

Both countries agreed that a joint working group on maritime cooperation of Pakistan and Malaysia may be established.

These decisions were reached at a meeting held between a high level delegation headed by former Prime Minister of Malaysia, Abdullah Ahmad Badawi, and Pakistan’s Minister for Port and Shipping Mir Hasil Khan Bizenjo. The visiting delegation included leading industrialists and businessmen. The meeting discussed potential avenues of investment and explored possibilities of joint ventures in Pakistan’s shipping sector.

The visiting delegation was briefed by Bizenjo about ongoing projects being executed by the ministry and the future plans for development of the maritime sector.

Minister for Ports and Shipping emphasised on the importance of the China-Pakistan Economic Corridor (CPEC) and Gwadar Port, stating that the port held a central place in CPEC and would be a transshipment hub in the future.

He said the government had announced incentives, including income tax and customs duty exemptions for the Gwadar Free Zone Area. Participants of the meeting were briefed that the ministry had taken an initiative to allow the public and private sector to start the ferry service to facilitate tourists and pilgrims to Iran and the Middle East. This would stimulate economic growth through the tourism industry.

It also discussed that modern dedicated terminals for liquefied natural gas (LNG), coal and clinker and containers have been completed at Karachi Port and Port Qasim.

The delegation was also appraised that Pakistan had announced complete tax exemptions for import and registration of ships.