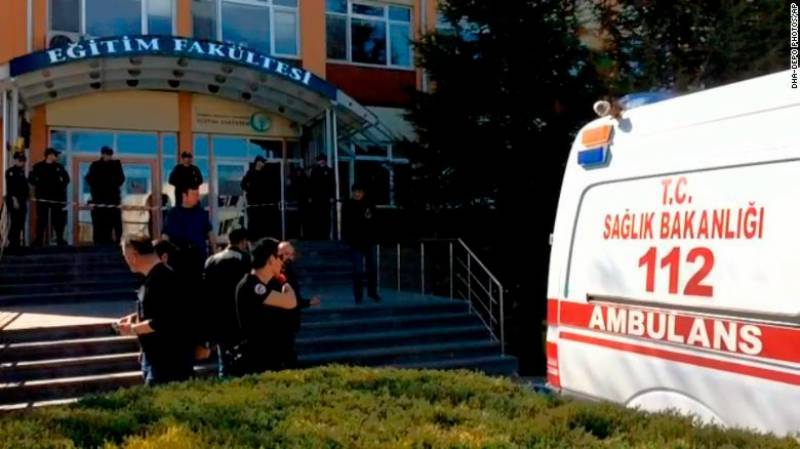 Istanbul (Web Desk): At least four people were killed and three other injured in a shooting at Osmangazi University in northwest Turkish city Eskişehir on Thursday, the Turkish media reported.

According to details provided by the university authorities, a research assistant at Osmangazi University entered the dean's office and firing on multiple staff members and then moved to the other rooms.

The university authorities have confirmed the death of university's assistant dean, a faculty secretary, a research assistant and an associate professor. Three others were wounded in the attack. Gonen said the dean was not in his office at the time of the shooting.

Police reached the spot and has arrested the suspect and further investigation is underway. However, the motive of the suspect is unclear yet.

The university authorities have expressed grief over the incident by posting a statement to the university's Twitter account.

"In this unfortunate event, vice dean Mikail Yalcin, faculty secretary Fatih Ozmutlu, teaching faculty Serdar Caglak and researcher Yasir Armagan lost their lives. We wish peace from God for those who lives were lost and patience and condolences to their family and our university community," the statement read.

The original story is published by “CNN”