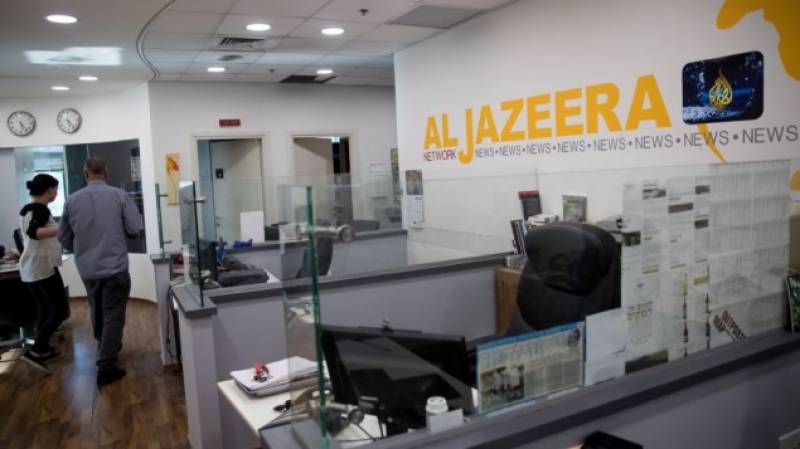 Jerusalem (Web Desk): Israel will seek to ban al-Jazeera news network from operating in the country, joining regional Arab states that had already blocked the station after accusing the Qatari state-funded broadcaster of inciting violence.

The communications minister, Ayoob Kara, said he wants to revoke press cards from al-Jazeera reporters, which in effect prevents them from working in Israel.

Kara added he has asked cable and satellite networks to block their transmissions and is seeking legislation to ban al-Jazeera altogether. No timetable for the measures was given.

In July the Israeli prime minister, Benjamin Netanyahu, vowed to close al-Jazeera’s offices in Jerusalem, accusing the broadcaster of inciting violence in the city.

Jordan and Saudi Arabia have recently closed offices, while the channel and its affiliate sites have been blocked in Saudi Arabia, the United Arab Emirates, Egypt and Bahrain.