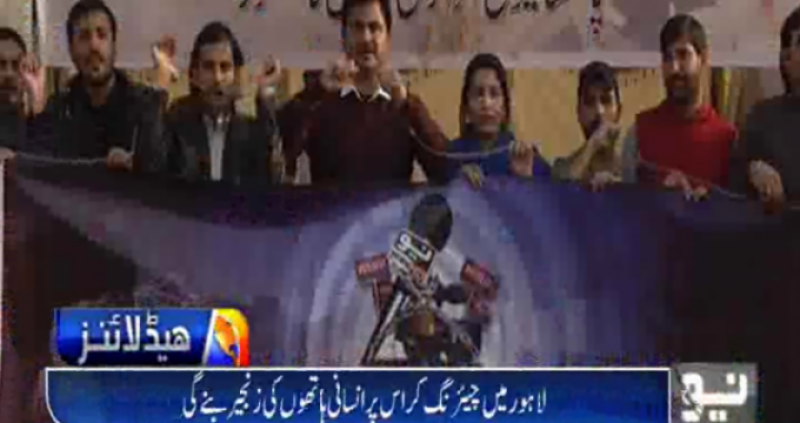 Human chain will also be formed to express solidarity with the channel.

The protesters strongly condemned the cat, terming it Absar Alam’s reprisal against the channel. They said that a journalist tried to restrict the freedom of speech.

Ban on Neo News imposed by PEMRA chairman Absar Alam against the channel for highlighting Kashmir issues and Indian brutality in the Indian Held Kashmir put into force on Thursday.

However, management of the channel said that they respect government institutions and never pass any offensive remarks against honourable judges.

The management further said that the channel has been targeted for highlighting Kashmir issues and Indian brutality in the Indian Held Kashmir.