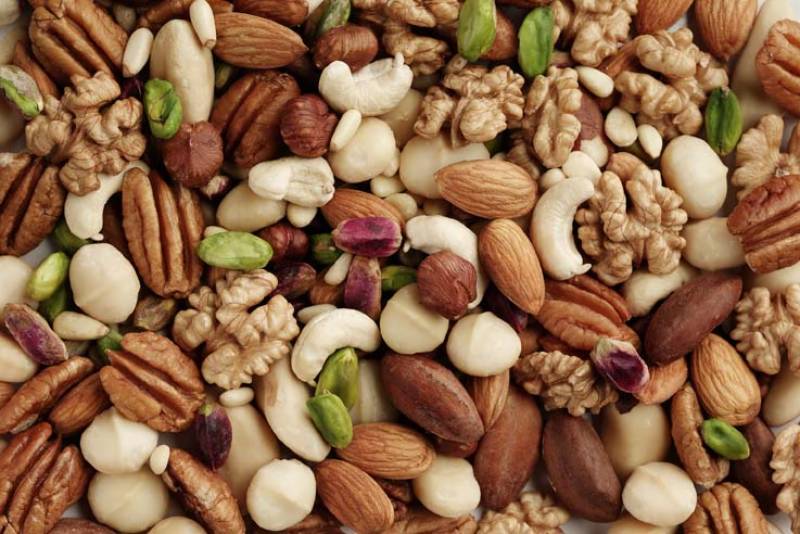 London: A research study claimed that eating at least 20 gram, a handful, of nuts a day can reduce the risk of a wide range of diseases including heart disease and cancer.

The study said that a handful of nuts daily can cut people's risk of coronary heart disease by nearly 30 per cent, their risk of cancer by 15 per cent, and their risk of premature death by 22 per cent.

The study included all kinds of tree nuts, such as hazel nuts and walnuts, and also peanuts.

Dagfinn Aune co-author of study from Imperial College London said, "Nuts and peanuts are high in fibre, magnesium, and polyunsaturated fats -- nutrients that are beneficial for cutting cardiovascular disease risk and which can reduce cholesterol levels."

The scientists from Imperial College London and Norwegian University of Science and Technology analyzed 29 other published studies from around the world that involved up to 819,000 participants, including more than 12,000 cases of coronary heart disease, 9,000 cases of stroke, 18,000 cases of cardiovascular disease and cancer, and more than 85,000 deaths.

The study came up with the facts that nut consumption was associated with a reduction in disease risk across most of them.

"Even though nuts are quite high in fat, they are also high in fibre and protein, and there is some evidence that suggests nuts might actually reduce your risk of obesity over time," researchers said.

The study also claimed that if people consumed on average more than 20 gram of nuts per day, there was little evidence of further improvement in health outcomes.

The research was published in the journal BMC Medicine.