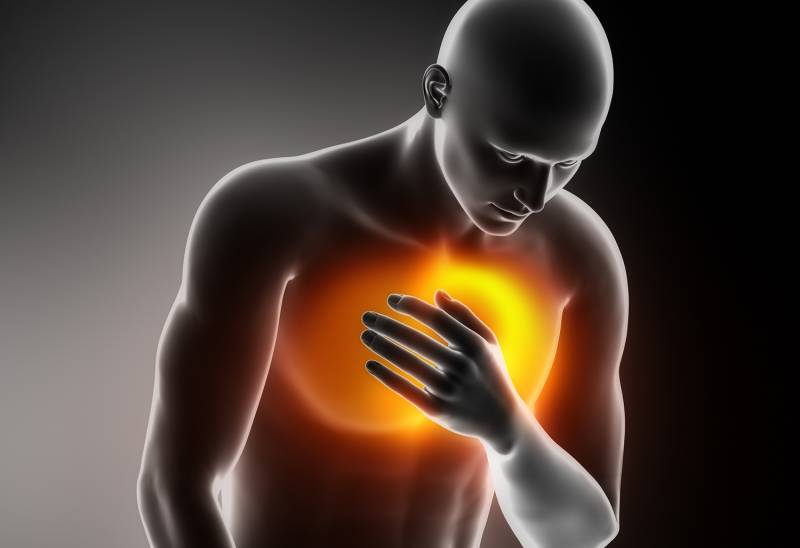 Lahore (Web Desk): Not all heart problems come with clear warning signs. There is not always an alarming chest clutch followed by a fall to the floor like you see in movies. Some heart symptoms don’t even happen in your chest, and it’s not always easy to tell what’s going on.

Here are some signs that warns that you might be going to suffer from a heart attack:

It’s the most common sign of heart in danger. If you have a blocked artery or are having a heart attack, you may feel pain, tightness, or pressure in your chest.

Sometimes the pain of heart attack is described as stomach pain, or pain in the middle of the upper abdomen. The pain usually feels more like discomfort of heaviness than sharp, stabbing pain, and the pain tends to persist more than a few minutes. This can occur with or without pain in the true chest area.

Unusual fatigue is one of the main symptoms that indicate an approaching heart attack. Women are more likely to report this type of symptom than men. Physical or mental activity is not the reason for the fatigue, and it increases by the end of the day. This symptom is quite apparent and will not go ignored. Sometimes it’s exhausting to complete simple household tasks, like making a bed or taking a shower.

Insomnia is also associated with an increased risk of a heart attack or stroke, which is more common among women. Insomnia features often include a high level of anxiety and inattentiveness, difficulty maintaining sleep, and early-morning awakening.

Skipped or irregular heartbeats are often accompanied by a panic attack and anxiety, especially among women. It appears unexpectedly and reveals itself differently. Physical exercises might give an extra stimulus to the increase of heart rate, especially in cases with atherosclerosis (narrowing of arteries) disease.

Sweating can also accompany a heart attack. People suffering from this sign describe the feeling like they are breaking out in a cold sweat.