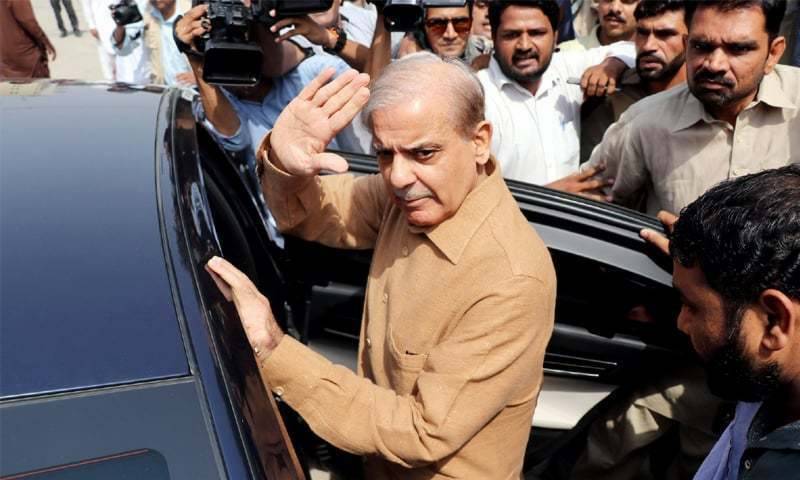 The former Punjab chief minister who has been in National Accountability Bureau's (NAB) custody since October 5 in Ashiana Iqbal Housing Scheme case was brought to the court after his physical remand ended today.

The NAB authorities sought a 15-day extension in the physical remand of Shehbaz Sharif. However, the court rejected the request as the NAB prosecutor failed to provide satisfactory answers. Later the court ordered to send the former Punjab CM to jail.

Earlier, police baton charged the PML-N workers outside the accountability court as Opposition Leader in National Assembly was presented after his physical remand ended on Thursday.

The PML-N workers, who had gathered outside the court premises, started chanting slogans on this occasion.

They tried to remove the barriers at which the police baton charged some workers involved in the clash were taken into custody.

On November 28, the accountability court had extended the physical remand of the Oppostion Leader in National Assembly till December 6 in the Ashiana Iqbal Housing Scheme scam.

Shehbaz Sharif was arrested on October 5 in the Ashiana Iqbal Housing Scheme case after he appeared before NAB in the Saaf Pani case.