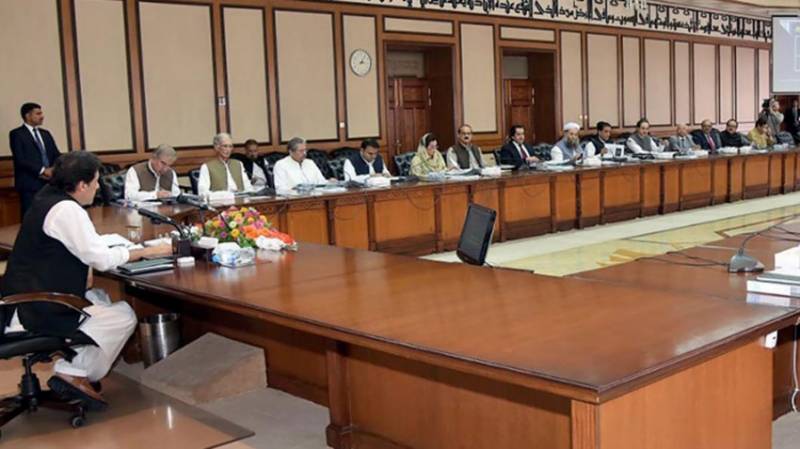 Islamabad (Staff Report/Agencies): Prime Minister Imran Khan has said that Pakistan Pakistan has always been playing an active role to promote peace and reconciliation in Afghanistan.

Addressing the federal cabinet in Islamabad on Thursday, re-affirmed Pakistan's commitment to continue its positive role in seeking a political settlement in Afghanistan to bring peace and stability to the region.

“Pakistan has always been playing an active role to promote peace and reconciliation in Afghanistan and it is a matter of great satisfaction that the world powers particularly the United States has recognised Islamabad's contribution in this regard”, PM Imran said.

The prime minister said that US special envoy on Afghanistan reconciliation Zalmay Khalilzad during his recent visit to Islamabad had very productive meetings with him and the foreign Minister on the subject.

He said that the US has sought Pakistan's support in advancing the peace and reconciliation process in Afghanistan.

Imran Khan added it is the vindication of his view point about seeking a political settlement in Afghanistan through dialogue with all the stakeholders including Taliban.

“Pakistan is also in-touch with the Saudi and Iranian leadership to bring peace to strife hit Yemen by bringing all the parties concerned to the negotiating table”, the PM added

The prime minister said that he discussed the Yemen issue with the Saudi leadership and received a very positive response from them during his recent visit to Saudi Arabia.

“Pakistan will continue to play a mediatory role regarding an end to conflict in Yemen to ultimately bring a lasting peace and stability to the region”, the PM asserted.

PM Imran Khan said that Pakistan has also taken a land mark initiative to inaugurate the Kartarpur corridor to facilitate the Sikh pilgrims to visit their sacred religious places in the country.

He said that the step has been taken with full sincerity to promote religious tourism in the country.

“It is PTI's manifesto to facilitate followers of all religions including Sikhism, Hinduism and Bhudism to visit their religious places in Pakistan”, the PM said.

He said no one should indulge in politics on such purely religious and public interest issues for seeking any political mileage.

Imran regretted that Indian government is trying to politicise the Kartarpur initiative whereas the Sikh community all around the world has warmly welcomed Pakistan's move.

Speaking about the domestic issues, Prime Minister Imran Khan lauded the performance of his economic team to steer the country out of severe economic crisis.

He said all the economic indicators are showing positive trend as Pakistan has now entered the phase of an emerging economy.

The PM said that the executives of a number of top multinational companies have recently visited Pakistan and shown keen interest to invest in the country in different sectors.